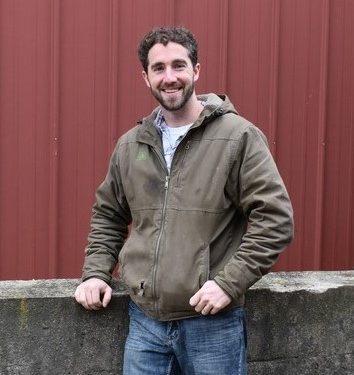 Every year around mid-April farmers start itching to get their fields planted, but ideal conditions must exist in order to do so.

A wise man once told my father that if he goes out to a field, drops his drawers, sits on the dirt and doesn’t have the urge to jump up, he’s got ideal planting conditions. Although this may work (I haven’t tested the theory yet myself), a more scientific approach is to plant your crop when the soil temperature is at least 55 degrees and the ground is dry enough to develop a good seed bed.

With the persistent rains this spring, farmers haven’t been given many opportunities to get their seed in the ground. If a farmer were to listen to dad’s old friend this year he would stand up with mud stuck to his bum each time he tried to sit. But it’s getting late in the season and we have hardly any seeds in the ground so farmers are getting anxious.

At the time of writing this article, on June 2, Illinois has 45% of its corn acres planted and 21% soybeans  – compare this with our five year average of  98% corn and 84% soybeans planted and it’s easy to understand why farmers are joking about putting pontoons on their planters.

As you read this, farmers have recently had to decide what they are going to do. In a typical year, if a farmer loses the window to plant corn he can plant soybeans as an alternative because they can be planted later into summer. But with tariffs being thrown out like candy at a parade the soybean market has plummeted and, unless things change, most farmers will struggle to achieve a positive net return on their crop.

If a farmer decided switching to soybeans wasn’t his best option, he could still plant his corn and hope for the best, despite it being late in the season. To do this, he would have to wait until the fields finally dry out enough and then plant an earlier maturity hybrid with a shorter growing season and accept the lower yield that comes with a late planting.

Although it may not be optimal, insurance would kick in if there was a crop failure or significantly lower yields. Insurance would cover up to 85% of the farmer’s actual production history (APH) which is the average yield of the prior five years, and uses a pre-determined price set back in February to determine his payout.

One last option the farmer has is one we have rarely seen come into play as dramatically as it has this year and it’s called “prevented plant.” Prevented plant is a federal insurance that compensates farmers who were unable to get their crop in the ground by a certain date (June 5 for DeKalb County corn acres); but the deal isn’t as sugar plum sweet as it sounds.

In order to determine how much a farmer gets with prevented plant, they take $4 and multiply it by the farmer’s APH (five year average) and his insurance coverage (up to 85%). This provides a guarantee; they then take the guarantee and multiply it by 55% and that’s what the farmer will receive.

With this May being the wettest on record, it’s only setting the table for the rest of the year. We don’t know what the seasons ahead of us will bring but there’s no doubt they’ve got another set of challenges in store. Please keep farmers in your prayers as we push through this unique year.