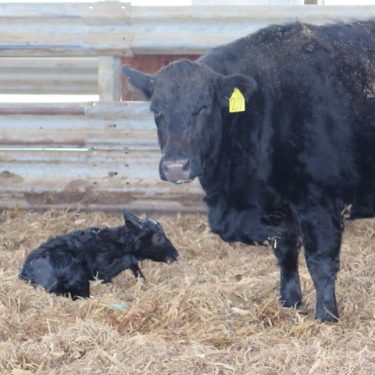 It was a busy day at the Adams farm. Three busloads of elementary kids were scheduled to visit, and two pregnant cows were due to calve.

On a chilly day in April, Alan and JoAnn Adams, their sons Ross and Jeremiah, and daughter-in-law Jessie welcomed to their farm six classes of fourth graders and their teachers. The visitors traveled from Herman E. Dummer School in Sandwich to augment what they were learning in the classroom, especially in science.

By the end of the day, roughly 140 students and teachers had toured the farm and watched the miracle of birth first-hand.

Teacher Allyn Ricci noted that student excitement and learning extended well past the day of their farm experience saying, “They retained so much of what they learned from each station and told me that they wished they could go back again next year!” 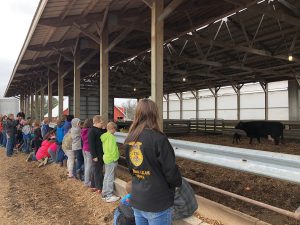 “She did it!” Students crowd along the outside of the maternity barn to watch a cow and her newborn calf. 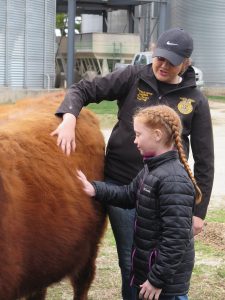 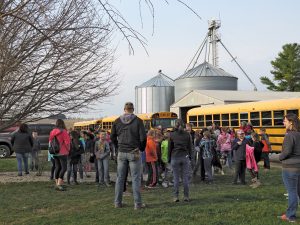 “They’re here!” A quiet morning on the Adams’ beef farm turns noisy with the arrival of students and teachers from Dummer School in Sandwich. 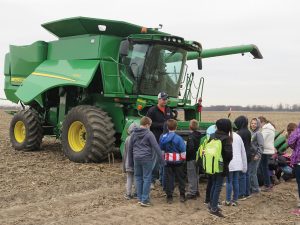 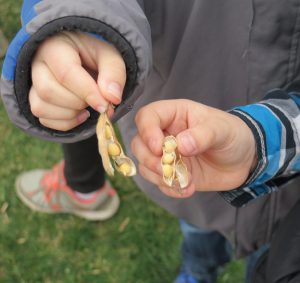 “So this is a soybean?” The fourth graders open soybean pods while learning about crop production from farmer Alan Adams.