What is That? Parts of a Grain Bin

As you drive by farms you may see a cluster of grain bins. These large, round silver-gray steel structures are used to store grain, like corn and soybeans. As you glance at the grain bins you will notice several other things. A grain dryer is used to dry down ...

Ag by the Numbers – Grain Danger

The dangers of grain are often overlooked. With last year’s poor grain quality farmers are entering grain bins more frequently, leading to an increase in grain entrapments. Since August 2019, 2 fatalities have occurred in Illinois and 19 nationwide.  Timeline to Engulfment 2 - 3 seconds – react to auger starting 4 - 5 seconds – ...

“The crop that’s in the bin is a perfect setup for accidents,” says Dave Altepeter. “Last year’s crop was not mature and there were fines in the corn. Because of the fines, there’s a chance the grain can go out of condition,” he said. Dave Altepeter has nearly 40 years of experience ...

In the early 1900s, an innovative group of farmers, bankers, and newspapermen saw the need to form an agricultural organization. These resourceful pioneers became known as the organization’s founders of Farm Bureau. This was the beginning of more than 100 years of successful leadership. The DeKalb County Farm Bureau was the ...

What is that? Round Bales

It’s hard to drive through the countryside and not notice when there are large, round bales scattered among fields and farms, but what are they? Round bales are typically crops such as alfalfa, grasses, wheat, oats and corn. These crops are compressed to make handling, transport, and storage more convenient. A ...

What is that? Red Barns 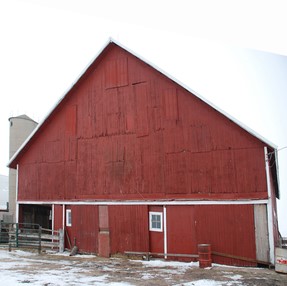 Why are so many barns painted red? Ever wonder why barns are painted red in color? Red is (or, perhaps, was) a popular color for older barns due not to its color shade but for its usefulness. Many years ago, choices for paints, sealers and other building materials did not exist. Farmers ... 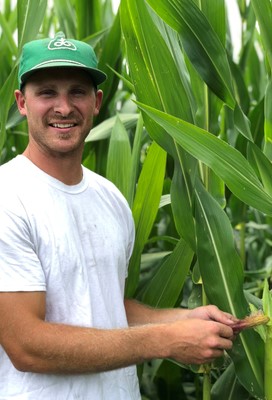 More than 20 percent of all farmers are young or beginning farmers (farming for less than 10 years). Yet the number of young farmers is not keeping pace with the number of farmers aging out of the field. Factors limiting young people in production agriculture are: land prices, availability of farmland, ...

5 Things You May Not Know About Farming

Cows, chickens and corn, a big red barn, green or red tractors – these are just a few of the images that come to mind when people hear the word “farming.” But for today’s farmers, there is much more to agriculture than meets the eye. Most farms are owned and ...

Did you ever catch yourself wondering if you were naming an animal's headgear correctly? Or did you assume that "antler" and "horn" were just different words for the same thing? Antlers and horns are actually different structures, found on different families of animals.