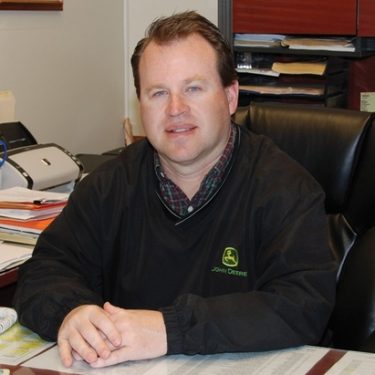 The 2018 growing season began with frequent May and June rains. While rainfall totals for May and June were 6.5” and 7” respectively, most of DeKalb County received rainfall on 11 days in May and 12 days in June.

Many acres in DeKalb County were replanted only to be drowned out again. The excess precipitation limited the potential for corn yields.

In spite of the wet spring, most of the corn looked exceptional in July and high yield expectations remained. In August, much of the corn in the county was hit with tar spot, a plant disease that we have not experienced before. Tar spot accelerated maturity and had a significant impact on corn yields. 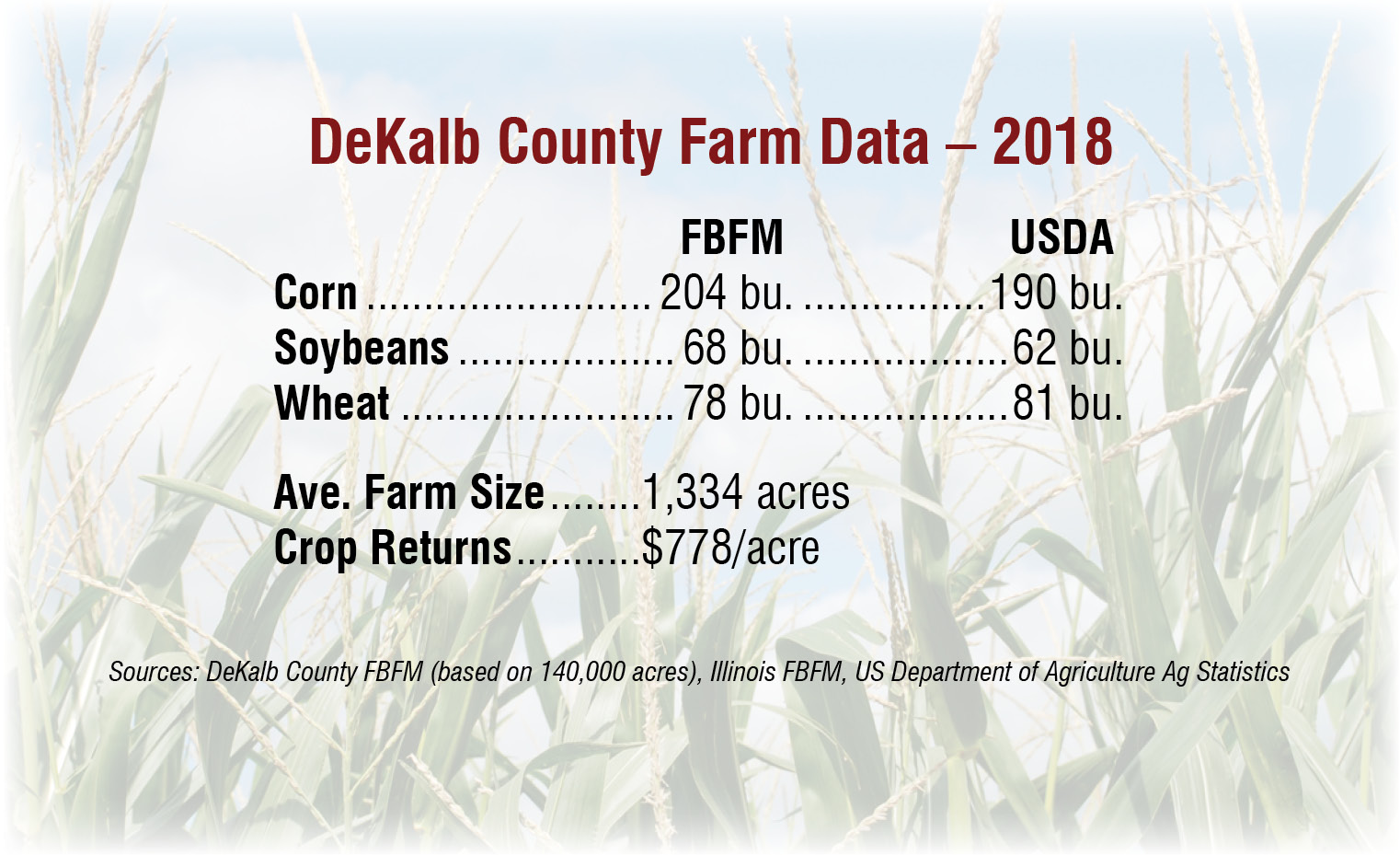 DeKalb County soybean yields were 68 and 62 bushels for FBFM and NASS-USDA averages, respectively.

DeKalb County wheat yields were 78 and 81 bushels for FBFM and NASS-USDA averages, respectively.

Due to the acceleration of corn maturity, a large percentage of corn was harvested in September.  However, wet weather in late September and early October delayed harvest for soybeans and the remaining corn.

Weaker stalk quality and high winds in the western and northwestern parts of DeKalb County resulted in down corn. Harvest losses and further delays were common in those areas.

The drop in corn yields did not prevent farm earnings from rebounding in 2018. Higher soybean yields and better opportunities for forward pricing in the spring pushed crop returns higher. Labor and Management Income increased to $47,317 for DeKalb County FBFM farms in 2018. These earnings were negatively impacted by weaker livestock returns.

Crop input costs among Northern Illinois FBFM farms were largely unchanged in 2018 at $235 per acre.

Following losses for livestock farms in 2015 and 2016, and a slight rebound in 2017 for beef and hog farms, livestock returns were lower again in 2018.

Dairy farm incomes remained quite low in 2018 as milk prices remained below break-even levels. The number of dairy farms continued to decline in the Midwest.

In spite of record crop yields in many areas, grain prices remained remarkably stable in 2018. This reflects strength in the global demand for feed grains and oilseeds and particularly protein.

Unless grain prices move sharply higher, crop yields in 2019 will have to be near record levels again in order to avoid a drop in earnings. Fertility costs have increased sharply for 2019 and other input costs are higher as well.