Many farmers are calling this year’s corn crop a disaster. For two good reasons – thousands of corn acres didn’t get planted due to relentless rainfall and the corn which was planted is less than ideal.

“Farming is never easy, but this one was the worst in my 31 years of farming,” said Paul Kuhn, Genoa farmer. “I’ve never seen anything like this.” 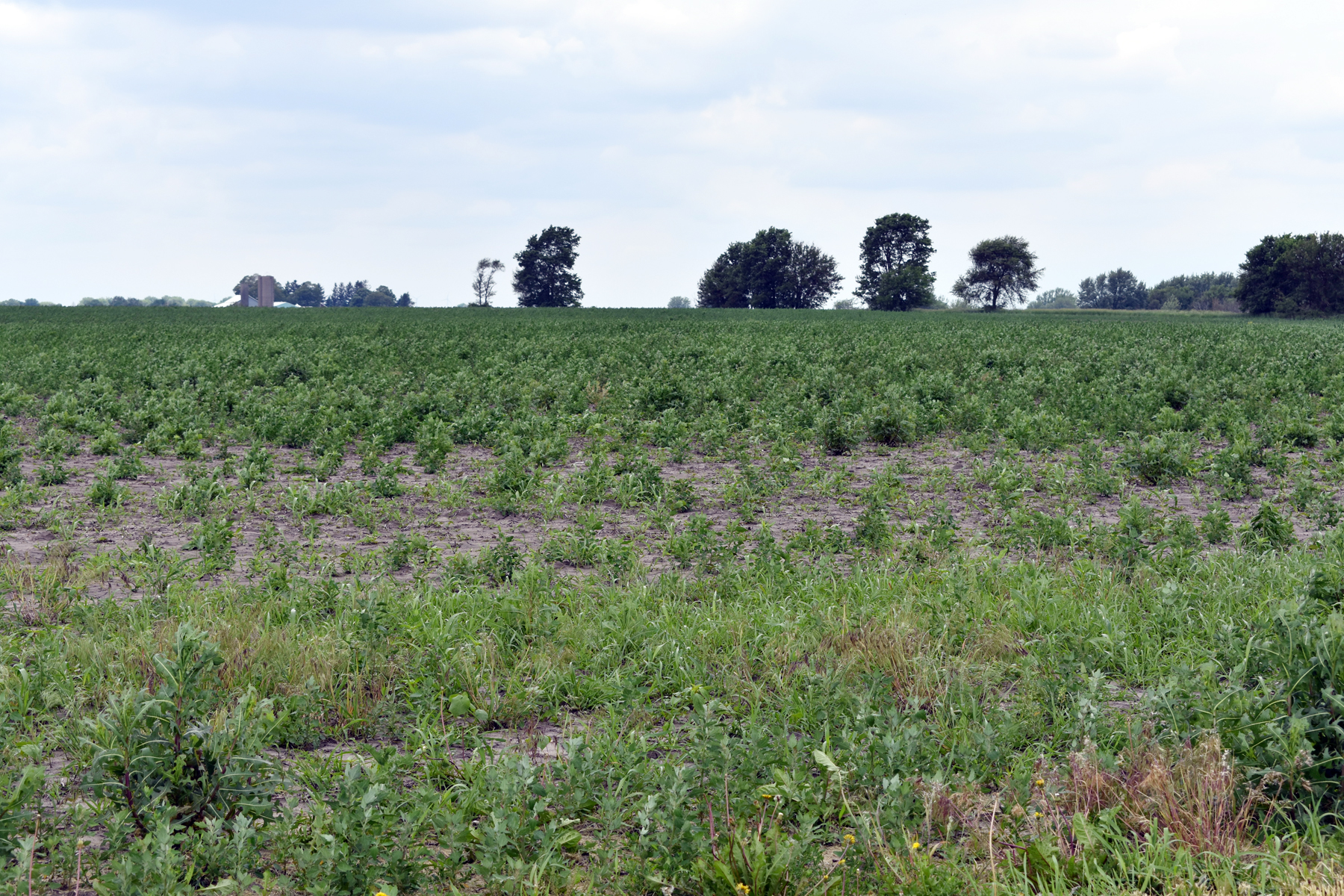 No corn growing here. Drive around the county and you may see fields of weeds growing where field corn should be growing. About one-fourth of the corn acres went unplanted in the county due to the wet spring. Farmers are having to manage weeds with herbicides or tillage and planting cover crops in place of corn.

Kuhn and other farmers struggled to get field corn planted. By the first week in June most realized the optimal time for planting corn in DeKalb County had expired.

Greg Friedlund, DeKalb farmer, was unable to plant one third of his corn acres. “I look out my backyard and it will be hard not seeing a good field of corn growing. It’s emotionally tough. We are accustomed to growing row crops – that’s what farmers do.”

Farmers who didn’t get corn planted based on saturated soils, chose the prevented planting option which provides some risk protection for farmers who carry federal crop insurance.

Kevin and Barry Aves, Kirkland farmers, chose prevent plant on 50 percent of their corn acres and 25 percent of their soybean acres with crop insurance protection. “Rather than mud in a crop we plan to get some tiling done on the unplanted acres. It’s an opportunity to tile (for better drainage and benefit next year’s crops),” said Kevin. 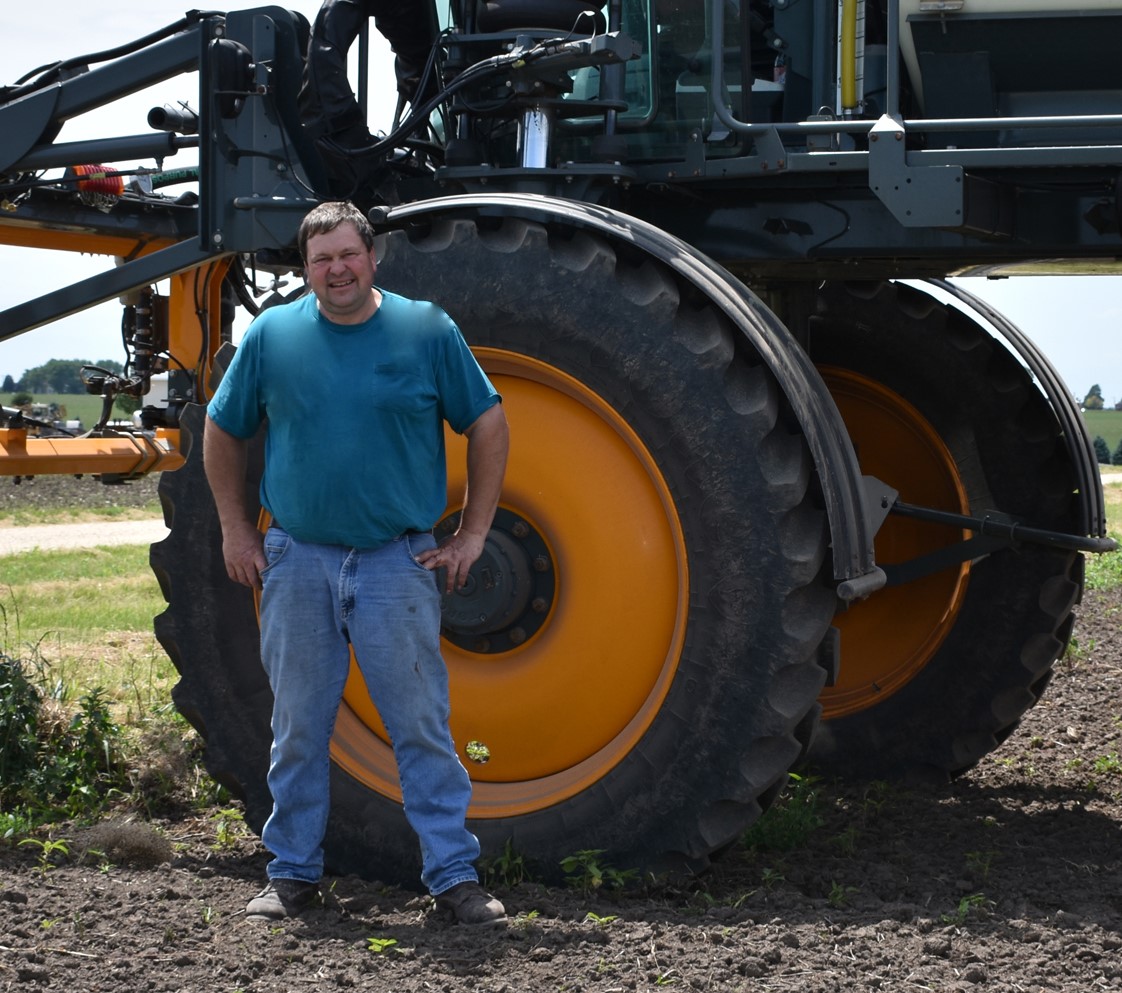 Spraying weeds instead of growing corn. Paul Kuhn took action to suppress weeds growing in a field that should have been corn. “Farming is never easy, but this one was the worst in my 31 years of farming. “I’ve never seen anything like this,” the Genoa farmer said.

“We looked at the numbers and pushed a pencil in making our decision with prevent plant,” explained Barry Aves. “Crop insurance helps me sleep at night.”

When farmers realized their time was running out for corn planting, some exchanged bags of corn seed for soybean seed and planted soybeans instead. For this reason, 2019 soybean acreage will be higher than the average of 118,000 acres in the county.

Paul Kuhn shifted 20 percent of his acres intended for corn to soybeans after June 4. He was able to get all of his soybeans planted the second week of June.

Soybeans can be planted later than corn – into the middle of June – and still produce a viable crop locally.

Farmers have taken steps to protect fallow fields by controlling weeds with herbicides and/or tilling fields.

Cover crops such as oats, wheat, hay, cereal rye and field radishes are being planted on idle corn acres. The benefits of co 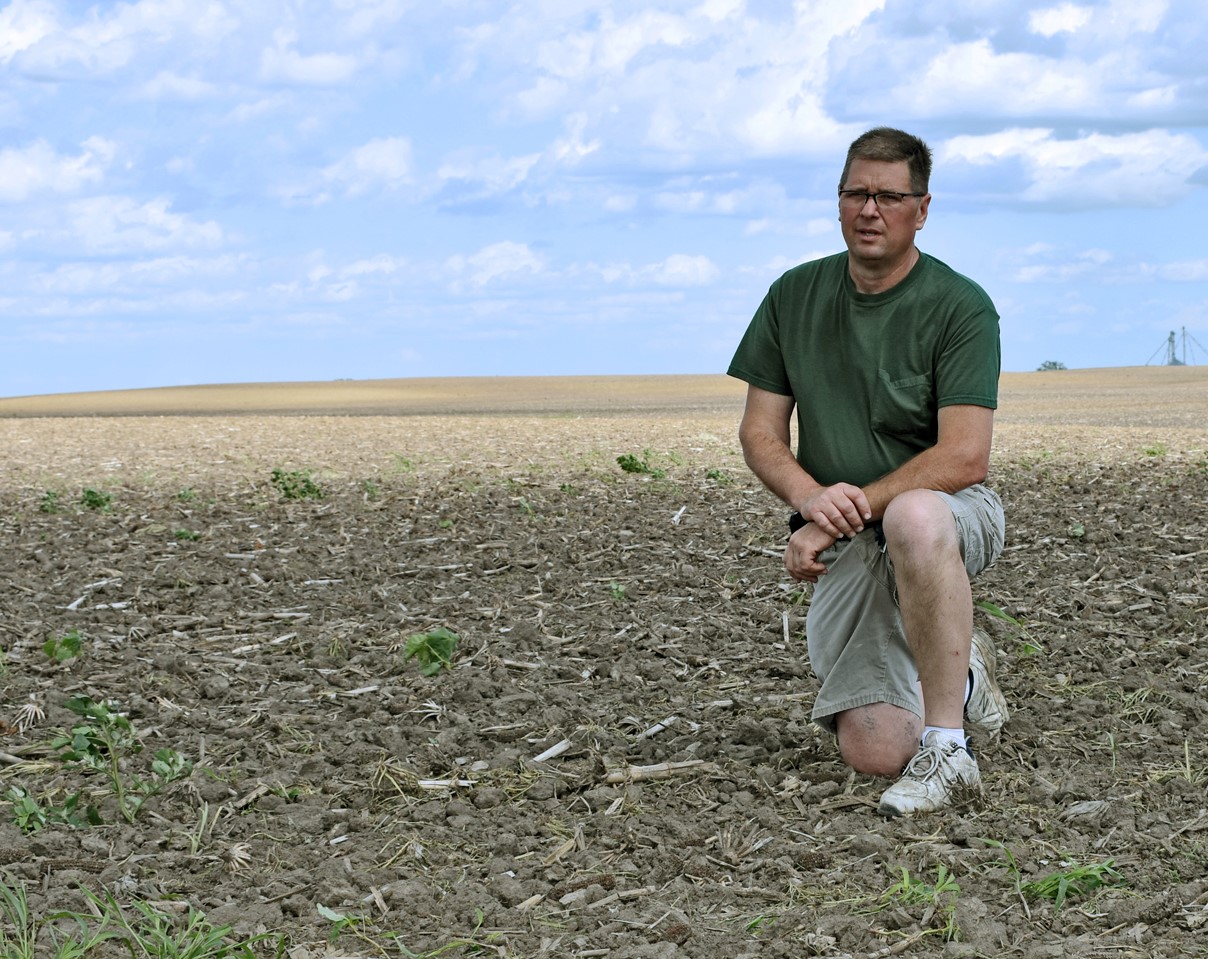 This field was supposed to be corn. “I look out my backyard and it will be hard not seeing a good field of corn growing. It’s emotionally tough. We are accustomed to growing row crops – that’s what farmers do,” said Greg Friedlund, DeKalb farmer.

Greg Friedlund plans to start a new hay field for his cattle herd. He will use the unplanted corn acres to plant an alfalfa-grass mix and get one cutting of hay off of it this fall.

Paul Kuhn planted oats as a cover crop on 1,100 acres intended for field corn. “If I can find a market for oatlage/straw bales I’ll work with local dairy and beef farmers to help with the shortage of livestock feed,” he said.

With most crops being more than a month behind, warm temperatures and Growing Degree Units (GDUs) are needed this summer to grow the county’s top crops. Every day is crucial to maximizing GDUs. 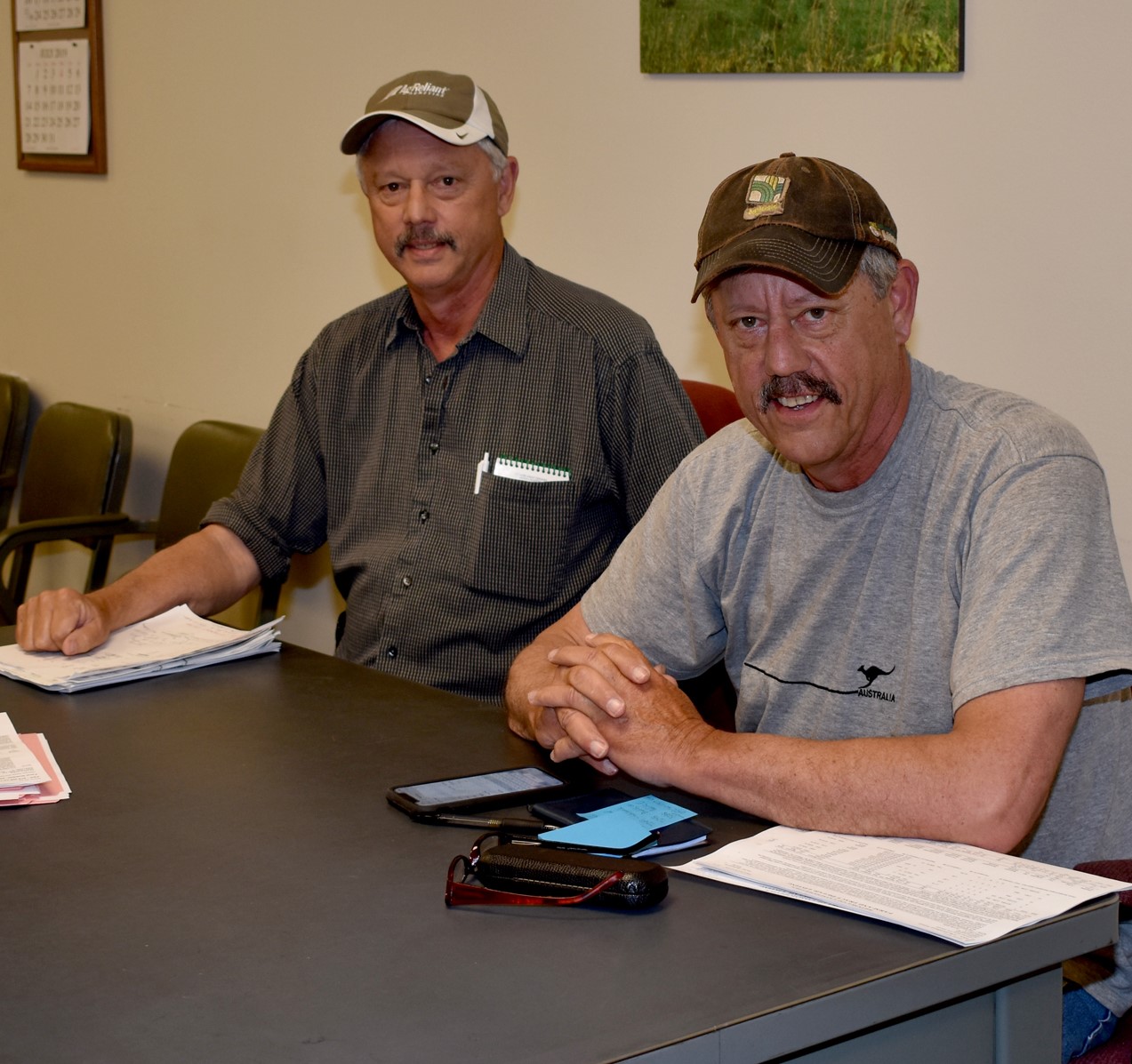 Reporting unplanted acres of corn. Kevin and Barry Aves, Kirkland farmers, struggled to get their crops planted. “It’s been stressful. We feel bad that we weren’t able to plant all our crops.” They chose prevent plant on 50 percent of their corn acres and 25 percent of their soybean acres and recently reported their crop acreage at the Farm Service Agency office.

Looking ahead to fall, farmers are already anticipating reduced yields, low test weights and a wetter crop based on the lateness of this year’s crops. An early frost would be devastating.

“It’s been stressful,” said Kevin Aves. “I feel bad that we weren’t able to plant all of our crops. We didn’t want to plant late corn and beans and then be hit by an early frost.”