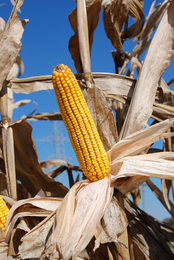 Illinois averaged 192 bushels of corn and 59 bushels of soybeans. This was the first year in several when DeKalb County didn’t exceed the state average in corn/soybean yields.

Last year’s DeKalb County yields are comparable to the last three years of crop production yields but lower than the five-year average. The five-year county average for corn is 197.8 bushels and 59.2 bushels for soybeans.

Contributing to the higher five-year county average was the record-breaking year of 2016 with 215 bushels of corn and 67 bushels of soybeans.

Looking back at the 2020 year, after a relatively cold spring local farmers were able to plant their crops. But after the crops were planted soils remained cold and many fields received excessive rainfall, therefore parts of fields had to be replanted in June. Many area farmers tagged last year as the year of replanted crops. Then August was rather dry, which impacted yields as well.