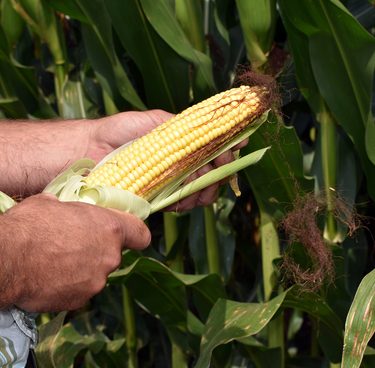 Corn and soybean crops are ahead of schedule as they reach maturity. Farmers expect to start harvesting by the third week of September.

Warm temperatures jump started crops in early spring and summer and subsequently benefitted corn and soybeans with above average growing degree days (GDD). The accelerated GDDs pushed the corn crop to the second fastest pace on record in Illinois behind the year of 2012.

Twenty-one percent of the corn had dented by Aug. 5, according to the USDA, compared to about eight percent on average. At the same time, 84 percent of soybeans had set pods, compared to 67 percent last year.

“We are about two weeks ahead of normal,” reported Kevin Chiavario, Leland farmer. “And our crops are looking good.” 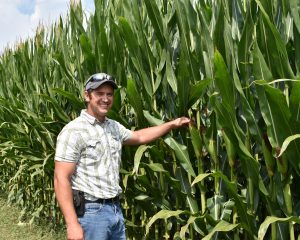 In June and early July his crops received an ample amount of rainfall, but could use some additional rainfall in August. “More rain would help with grain fill,” said Chiavario.

Genoa farmer Dave Timmermann agrees that rainfall in August will complete the crops. “Moisture will make a huge difference for the crops. We’ve had plenty of heat, but could use some more rain.”

“It’s a race to the end,” says Timmermann. “The corn crop has done exceptionally well and now is in the dent stage. Soybean pods are filling out. We have potential for above average crops.” 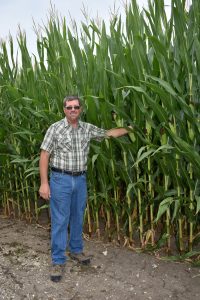 Timmerman notes crops are ahead of schedule and he expects to be harvesting by the third week in September, compared to early October in prior years. “Years ago we always harvested soybeans and then combined corn. Now, we start with corn then do soybeans, and finish with corn.”

DeKalb farmer Paul Diedrich anticipates he will be harvesting soybeans in September, a few weeks earlier than in the past. “We’re fortunate to have some very nice crops this year,” he said. “It’s been a good year for crops with heat and rainfall.”

Locally, most farmers are expecting above average crops at harvest.

“It’s hard to say what our yields will be. The combine will tell me at harvest,” Diedrich rationalized.

The DeKalb farmer said, “I get rewarded every year. Mother Nature has the upper hand though. A farmer may do everything perfect and Mother Nature still has control.”

Timmerman said he used to worry about weather, especially in 1988 during the drought. But his faith helps him keep it all in perspective. “I count my blessings and trust that the Lord will provide.”