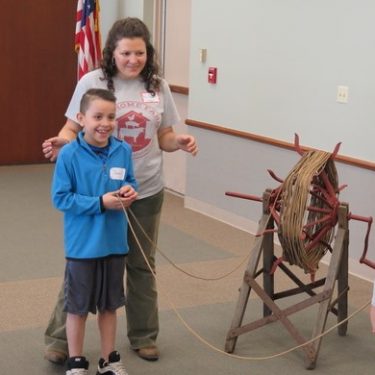 DeKalb County has a history as rich as its soil. From barbed wire to the winged ear, DeKalb County history revolves around agriculture. There is no better way to teach students about local history than to give them a hands-on approach to inventions and innovations that shaped our county.

Nearly 600 DeKalb third graders attended the Ag History Expo held at the Farm Bureau over four days in April and May. Students completed a DeKalb County history timeline as they listened to speakers from local agricultural organizations, the DeKalb school district, and the Farm Bureau. 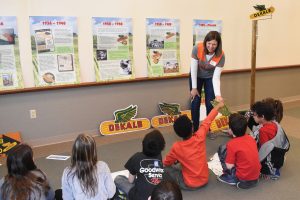 The Expo addressed important historical events and inventions as well as how the past has influenced modern day agriculture. Emily Weller, an instructional coach with Littlejohn Elementary, helped organize the event alongside her colleague Steven Bell, the DeKalb Area Agricultural Heritage Association, the Joiner History Room, and the DeKalb County Farm Bureau.

Weller noted, “Although all of these children live in DeKalb, they weren’t aware of the rich agriculture around them. The Expo helped them appreciate all of the developments that have happened in our community over time and the impact they have had worldwide.” 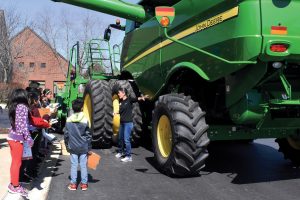 “Students were really surprised that so many innovations were from our county and that big change can happen in small places,” said Weller. Weller hopes to make the Expo an annual event.

What did you learn at the Ag History Expo?

“There are different types of corn.” –Brennan, Cortland Elementary

“The inside of corn is white.” –Kylie, Lincoln Elementary

“Horses used to farm but now machines do it.” –Dominick, Malta Elementary

“The corn head on the combine cuts the corn down.” –Sully, Tyler Elementary

“Before tractor seats, farmers had to stand while farming.” –Janyah, Brooks Elementary 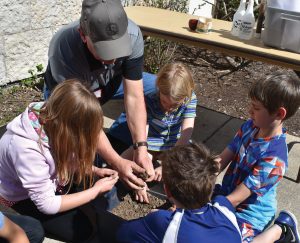 Dean Johnson with the Soil & Water Conservation District encourages students to touch soil as he explains that it consists of sand, silt, and clay. 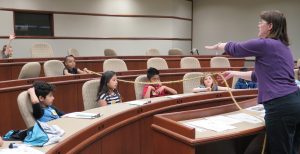 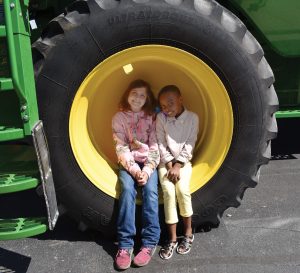 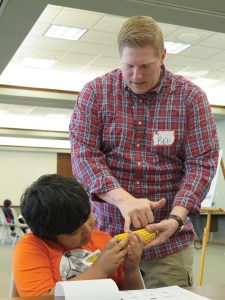