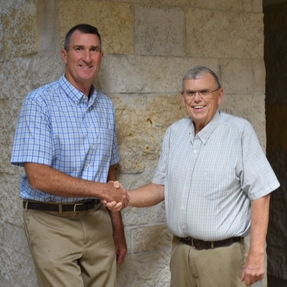 “Sheriff Scott has truly been a friend of agriculture and we wish him well in retirement,” said Farm Bureau President Steve Bemis. Farm Bureau leaders acknowledged his long-time service to the county at their June 28 Board of Directors meeting.

Scott served in the Sheriff’s office for 52 years as sheriff and as a deputy. “It was an honor to serve and I appreciate the support of the Farm Bureau,” said Scott.

The Sheriff’s Office partnered with Farm Bureau in the Citizens Police Academy and Farm Safety Camp, among other programs, as well as interfaced with farmers and the rural community in regards to public safety.