Davis Espe has a new-found appreciation for the man behind his scholarship.

“I am honored and humbled to be chosen for this first scholarship,” said Davis Espe. “And I’m proud to represent Orville Olson.” 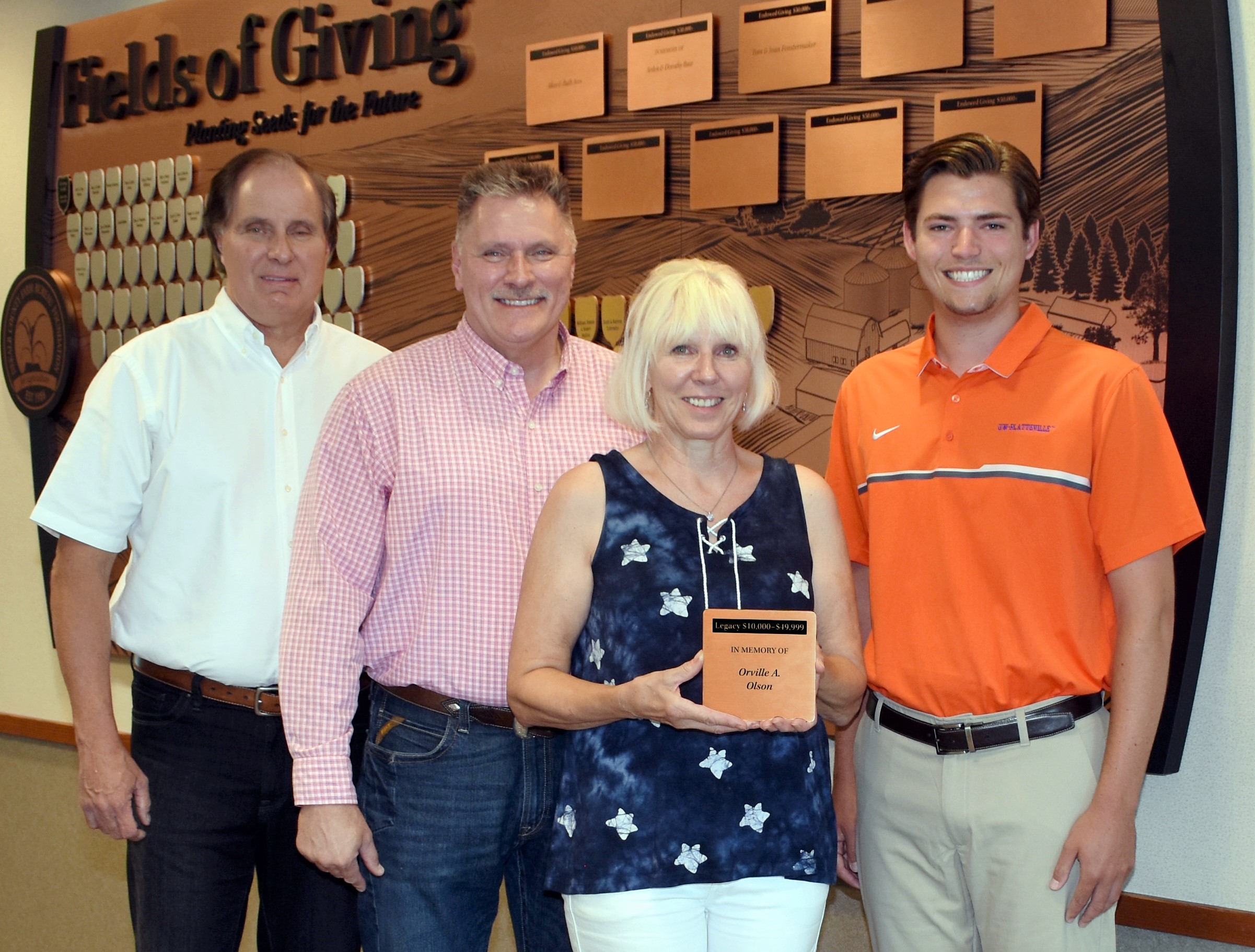 The Olson’s established the Orville A. Olson Scholarship in their father’s name to benefit college students. Shown are (from left) Gail, Owen and Andra Olson (with a memorial plaque honoring Orville) along with Davis Espe, the first to receive the Olson Scholarship.

Davis was selected to receive the new Orville A. Olson Agriculture Scholarship from the DeKalb County Farm Bureau Foundation for Agriculture. Orville’s family established the endowed scholarship with the Foundation as a tribute to their father.

“If Dad was still here he would say ‘what’s all this fuss about’ (with a scholarship in his name),” said Gail Olson. “Agriculture was important to him and he would be proud of what we did to keep his legacy going.” 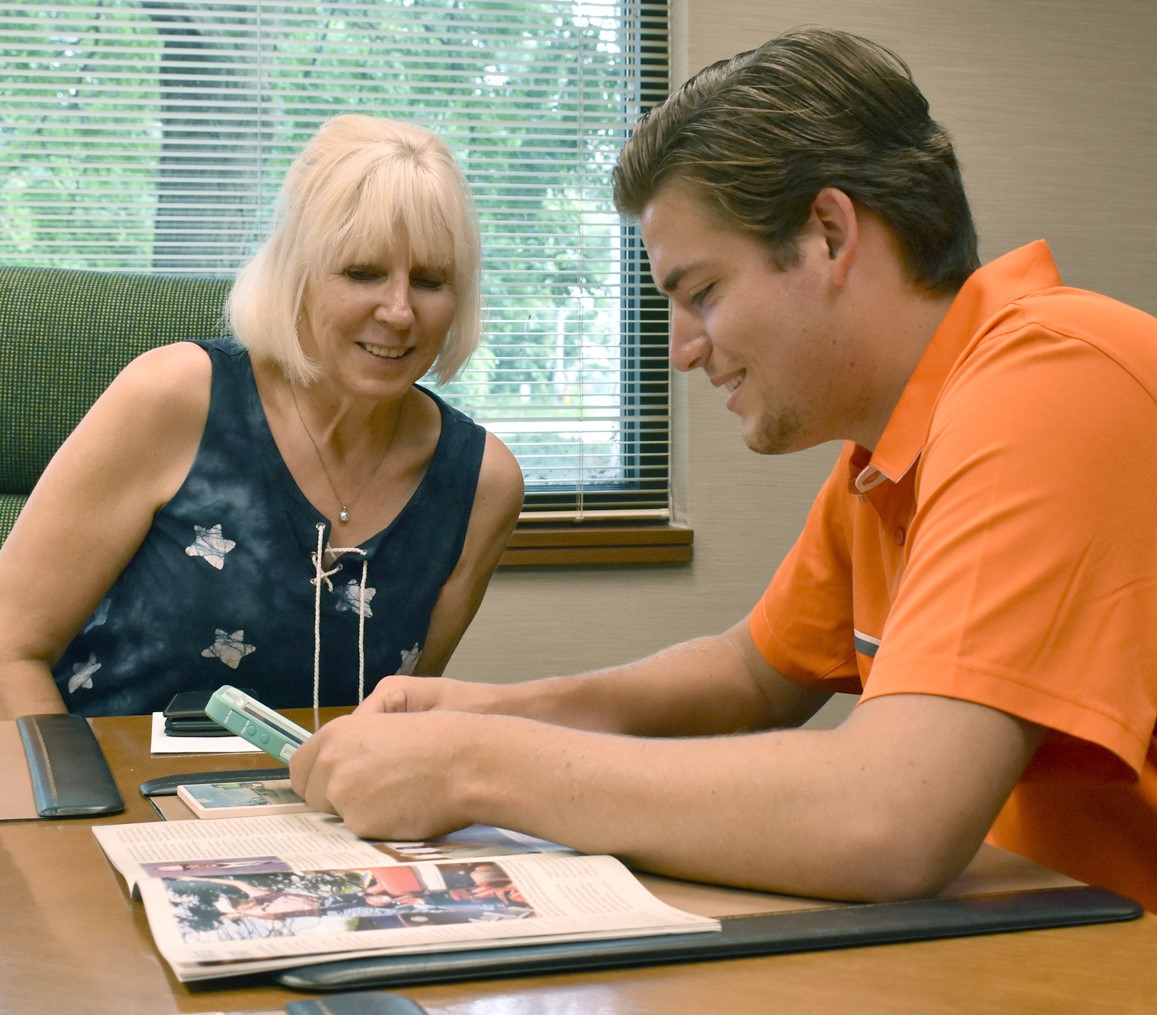 Andra Olson shows Davis Espe a video of her father driving his Farmall Tractor a few years ago. It was an opportunity for Davis to learn more about the namesake of the scholarship which he received.

Gail and his siblings Owen and Andra created the scholarship to benefit a well-rounded college student studying agriculture and pursuing an agricultural related career.

Davis is a junior at the University of Wisconsin-Platteville majoring in Ag Business and Supply Chain Management. At college, he is president of the National Agri-Marketing Association and participates in intramural sports. His parents are Farm Bureau members Mike and Heather Espe of rural Elburn.

In conversations between Davis and the Olson’s they found several commonalities – farm family backgrounds, sports and youth groups such as 4-H and FFA. These similar connections made this first scholarship even more special.

“If Dad was alive he would like to follow what you are doing,” said Andra Olson. “We will do this in his place.” She told Davis to “enjoy your college experiences and make them count.” 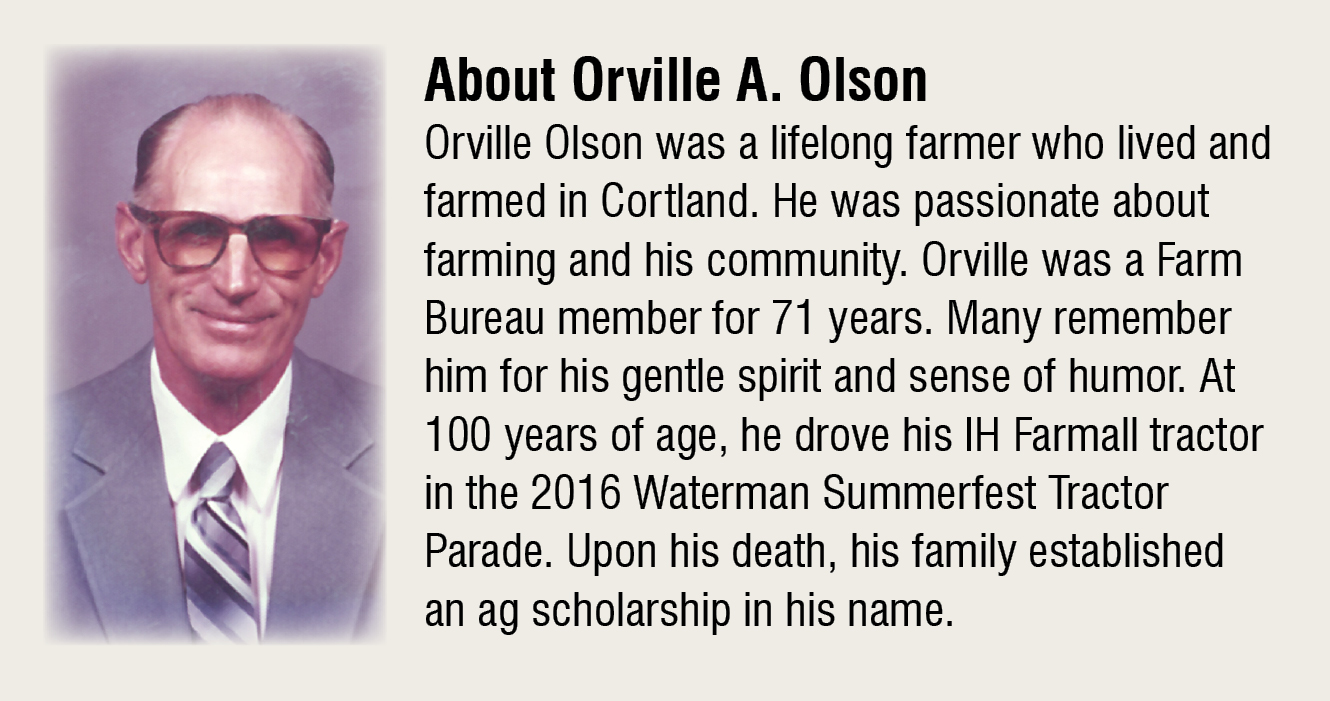