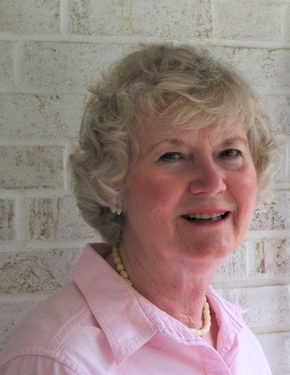 A weed is a plant in the wrong place.

As a small child I got a kick out of picking dandelions just to blow away the fluff. Now I pluck them from the lawn in slow motion. Dandelions have a bad rap because they spread so easily, but it’s important to know that their early flowers are a food source for hungry bees emerging from the hive. That fact changed my opinion of dandelions.

Most weeds don’t scream for attention like dandelions. Nevertheless, some have interesting characteristics. Here are the names and descriptions of some you might find in your yard. Most are notorious for their seed production.

Cleavers (Galium aparine) has colorful common names like “Sticky Willie”, “Hitchhikers”, and “Velcro Plant”. It grows fast in gardens, forests and fields. The long, lanky stems crawl along the ground and over other plants, with this interesting feature: fine hook-like hairs on the stems and leaves stick to you like, well, velcro. The plants are hard to pull out because the stems break off easily. This weed is oddly attractive, but you don’t want any plant around that produces 300-400 seeds. Even the tiny white flowers produce burrs tough enough to pass through the digestive tract of animals.

Hairy Bittercress (Cardamine hirsuta) is an inconspicuous spring-loaded thing that waits to be touched. Then it shoots its seeds out forcefully 10 feet or more. It is small but mighty. The plant is a winter annual which means its seeds germinate in the fall and develop into small rosettes that overwinter. In early spring they send up three to eight inch long stalks of small white flowers that produce slender seed pods. An average plant will produce 600 seeds. This one is also a summer annual.

Pineapple Weed (Matricaria discoidea) gets its name from the pineapple/camomile scent it produces when crushed. A native of northeast Asia, it’s an annual that grows in sunny gravel or compacted soils. Its taproot allows it to survive a harsh location. The flower is a yellow-green cone at the tip of a stem. The plant can grow up to 12 inches tall and looks like a miniature bush with fern-like leaves.

Creeping Spurge (Euphorbia supina) forms a flat mat. I’ve seen them the size of a dinner plate. It’s an annual that often has purple mottling on its leaves. When broken it drips a poisonous, white sap that can irritate the skin and eyes. Wear gloves and pull it out by the tap root. It thrives in full sun and drier soils. In the summer you’ll see it growing from cracks in sidewalks where it stretches out over the hot surface. It would make a dense groundcover, but for one serious flaw. A single plant can produce thousands of seeds.

Common Yellow Woodsorrel (Oxalis stricata) is a common weed that tolerates a wide range of conditions and can grow 6-15 inches tall. It is also called “Sheep’s Clover” because its leaves are similar to clover. The half-inch yellow flowers are followed by erect seed pods that open explosively when touched. It can also form colonies from underground rhizomes. This weed is best controlled by mulching and hand weeding.

Garlic Mustard (Alliaria petiolata) is a highly invasive biennial that smells like garlic when crushed. This plant is a menace because it is allelopathic which means it produces chemicals that inhibit the growth of other plants. The first year’s growth is a small rosette. The second year it shoots up a one to four foot stem that develops flowers. Put on your gloves and pull this out whenever you see it. Don’t leave a flowering plant on the ground because it can set seeds. A big plant can produce thousands.

It’s always best to pull out weeds before they flower. Mother Nature has tricks up her sleeve.

Email your gardening questions to the Master Gardener Help Desk at uiemg-dekalb@illinois.edu.