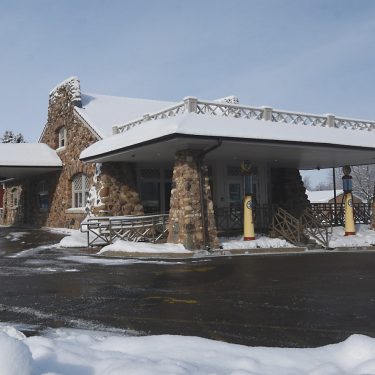 The Innovator of the Year award was presented to Resource Bank by the DeKalb Area Agricultural Heritage Association (DAAHA) at its annual meeting last month. The award honored the bank for its preservation of the Townsend Garage located on North Main Street in Sycamore.

Jim Stoddard, a DAAHA director, presented the award after sharing a wealth of history about the building and its original owner Frederick B. Townsend. Excerpts from Stoddard’s remarks include this historical perspective.

Built in 1905 by Frederick B. Townsend, a local farmer, banker, and three-time mayor of Sycamore, the charming stone building was constructed, not as a carriage house, but as a building where Townsend and his brother-in-law housed their “benzene buggies.” These early automobiles were innovative replacements for the horse and buggy.

In 2016, Resource Bank completely restored and repurposed the building as its Sycamore Branch, bringing it back to the appearance of a classic gas station, complete with gravity-feed pumps out front. Old photos of Townsend and his family were located and reproduced for the lobby walls to ensure that the original provenance of the garage would remain intact for future generations. 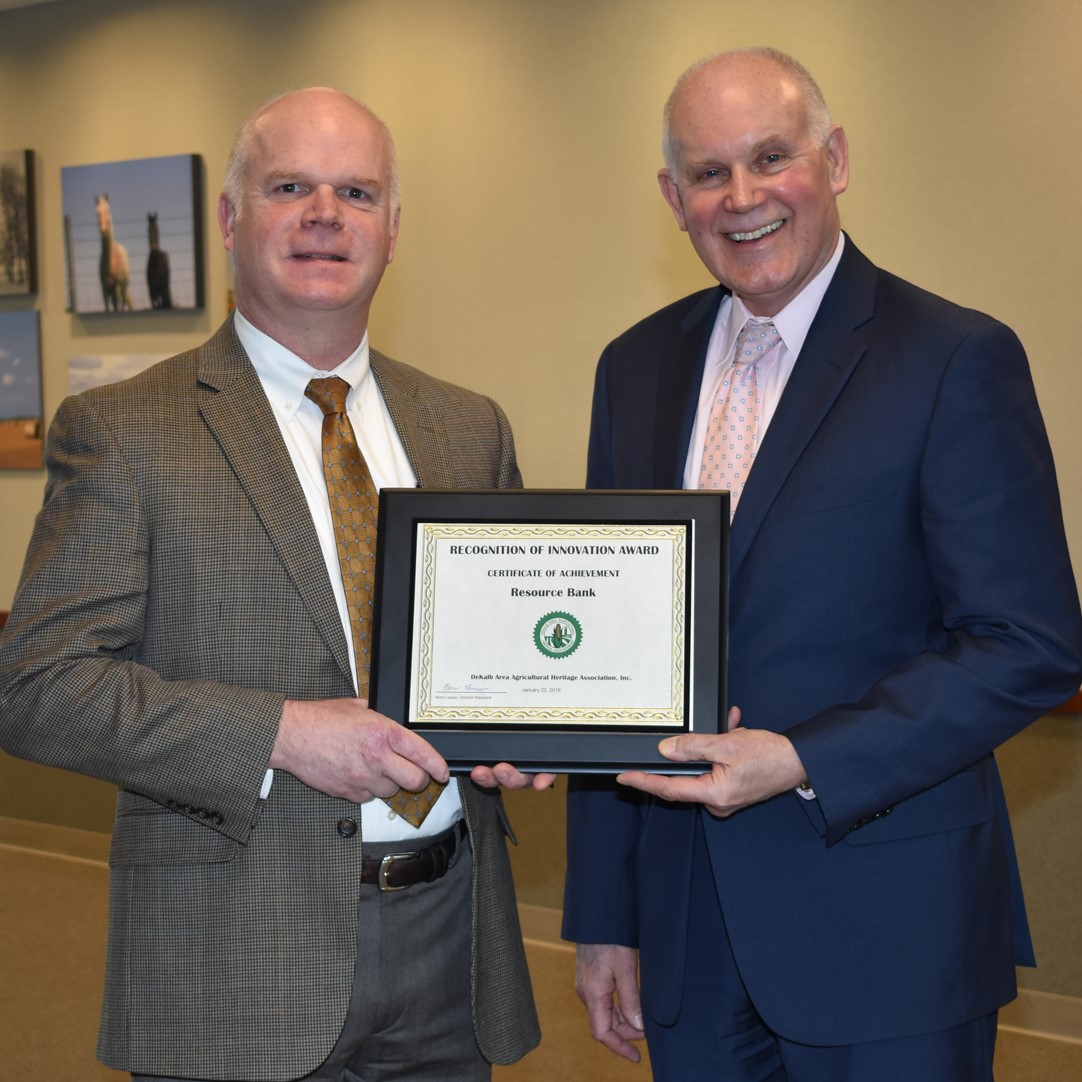 “The result of this loving restoration is a building that looks both backward to our area’s vibrant agricultural past and forward to the banking needs of a new generation of innovators in the agricultural sector,” said Stoddard.

Resource Bank has a history of re-using historic structures for its local branches. Branches in Shabbona, Hampshire, Somonauk, and Malta have included restoration projects or other functional architecture that incorporates local heritage.

Frederick B. Townsend, who died in 1938, is an important figure in DeKalb County history. He came from a prominent local family, on both his father’s and mother’s sides. His father, Amos Townsend, was a wealthy landowner and his grandfather on his mother’s side was Daniel Pierce, who started a bank that became The National Bank & Trust Company of Sycamore, now First Midwest Bank. Townsend’s son-in-law, Thomas H. Roberts, was the founder of DeKalb AgResearch. Townsend himself was influential in the founding of the DeKalb County Farm Bureau.

Frederick Townsend served three terms as Mayor of Sycamore, was the Sycamore Township supervisor, served as chairman of both the Sycamore Municipal Hospital board and the Public Library board. As a county judge, he was also involved in the construction of the current DeKalb County Courthouse in Sycamore.

This was the third Innovator award presented by DAAHA. Previous awards were presented to Dawn Equipment Company and posthumously to Dr. Russell Schelkopf.