One of the most cherished memories of my father involves a wrecker and a bunny. Every year around Christmas time I laugh with this memory. 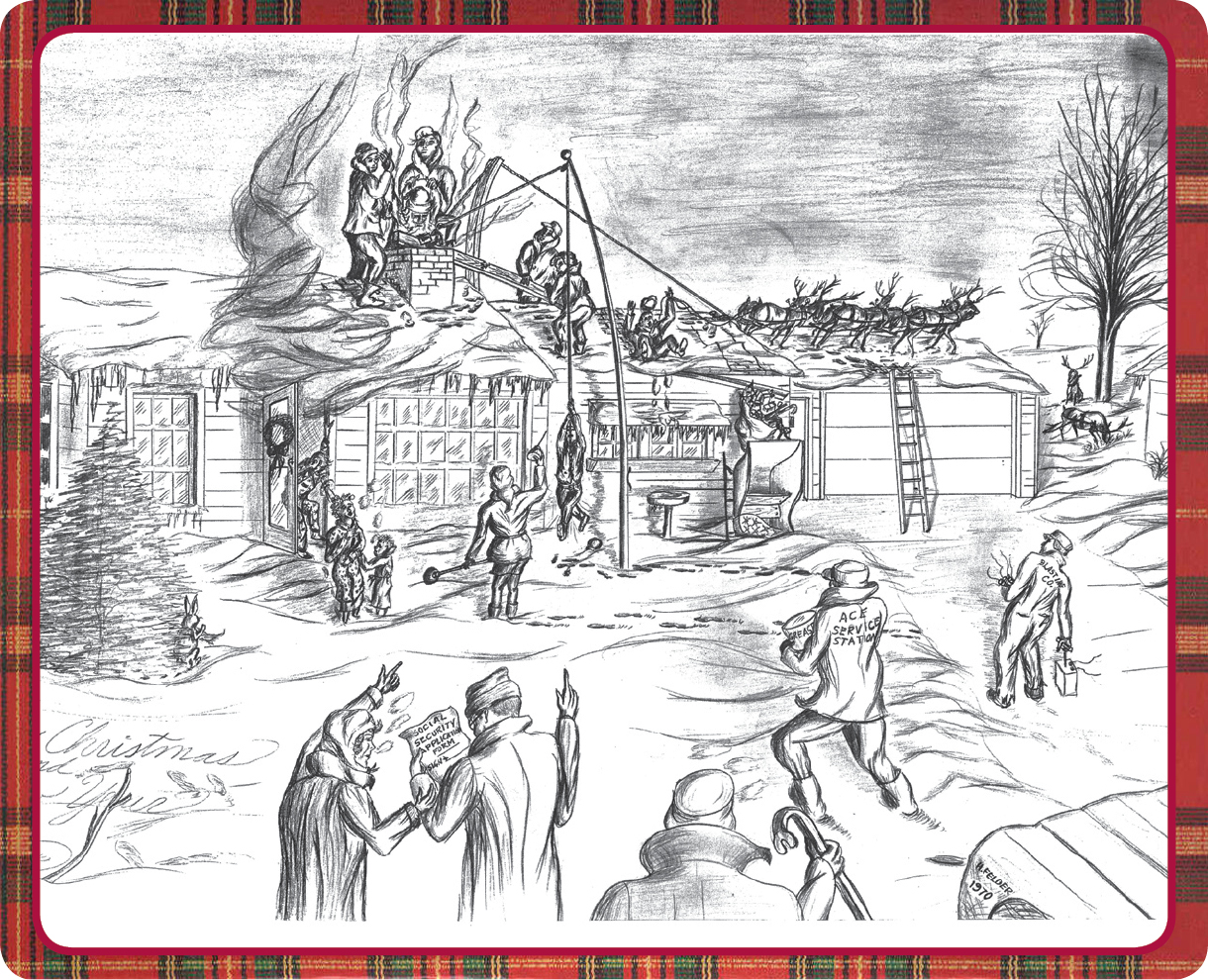 This 1970 drawing features six of Santa’s reindeer on the roof. When it was pointed out to him that Santa had eight reindeer, Harry Felder drew two more on the ground.

You see, my father owned a wrecker service called Breezy’s in DeKalb County. At the time it was the only wrecker service in the county. One winter evening Dad got a call to help a motorist who had gone into the ditch. After freeing the car from its snowy tomb, Dad and the driver struck up a conversation as the car was towed back to the owner’s home. The driver turned out to be Harry Felder from Genoa. This was the beginning of a friendship that lasted for years.

Harry was a draftsman at GTE Automatic Electric in Genoa and a gifted artist. Every year for about 18 years, Harry would draw a Christmas scene for his co-workers at the plant. The company would reproduce the drawings and give them to the employees and visitors at the facility.

This snowy night, Harry just happened to have the drawing he had just completed and gave a copy to Dad. In every drawing, Harry would put a rabbit, not always easy to find. When Dad brought the drawing home, he challenged my siblings and myself to find the rabbit. After that, we were hooked.

In the following years, we would always remind Dad around Christmastime to get the new drawing from Harry. Our first drawing from Harry was in 1961. It depicted a small town on a cold day with all kinds of activities going on. Smoke lazily rose from the chimneys of the houses, children played in the snow, and somewhere in all the activity was a bunny. 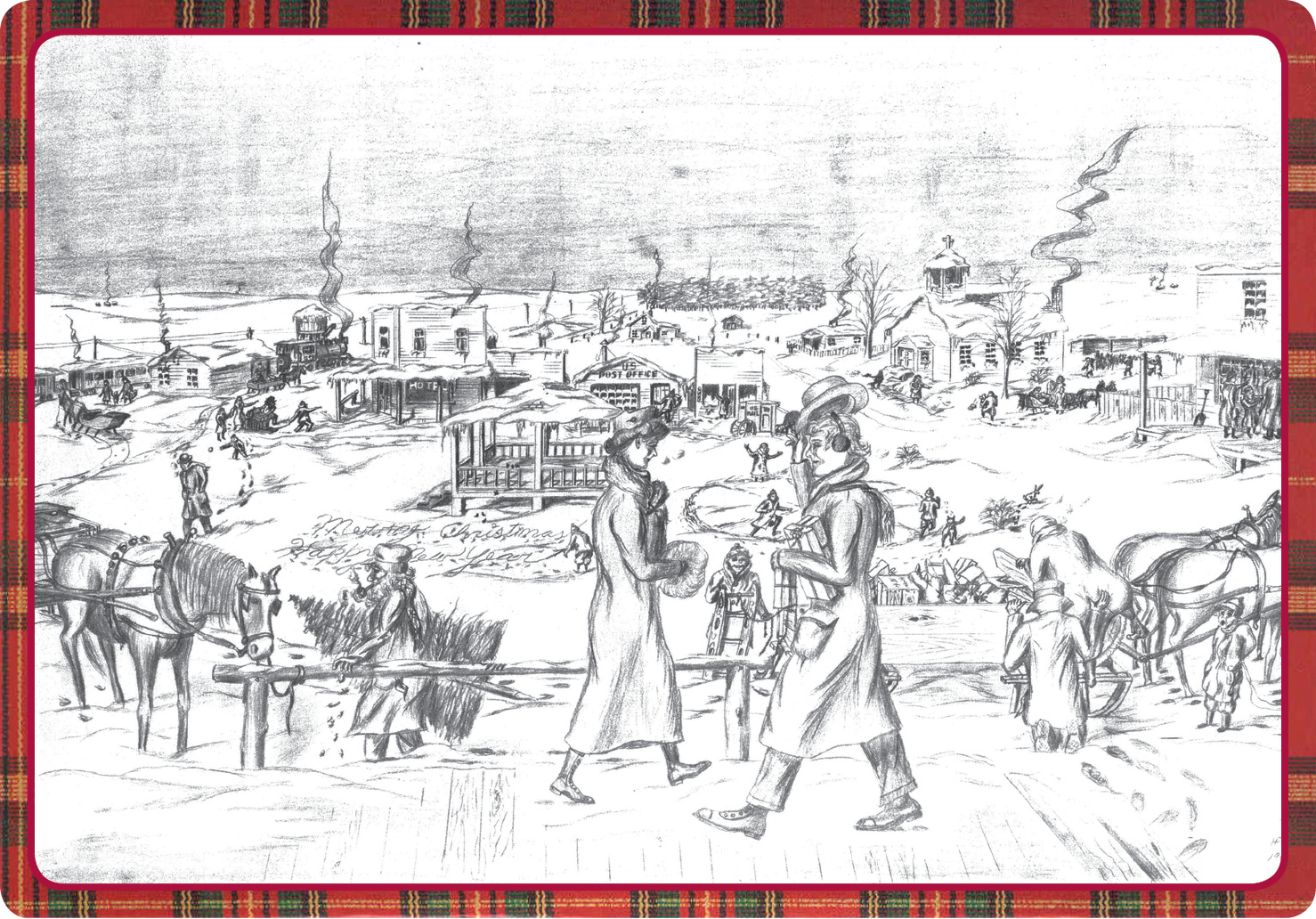 This Harry Felder drawing of 1961 was our first exposure to the hunt for the bunny.

It’s hard to pick out my favorite drawing, and I know we don’t have all of them. But I’m particularly fond of the 1968 drawing. It depicts Santa who has built a fire to fix the runner on his sleigh that was bent. The smoke from the fire has drifted up to the overpass, which Santa is under. There is a major pileup of cars because of the smoke as Santa works on his sleigh. Of course, the ever-popular bunny is in the middle of the confusion.

What a delight these drawings are. Every year they still bring joy in the hunt for the bunny.