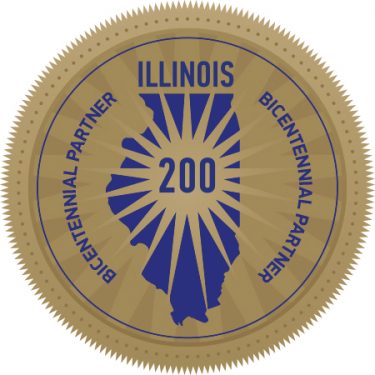 The Joiner History Room is proud to be celebrating the Illinois Bicentennial in 2018. History is our passion and we like nothing more than to share our knowledge of Illinois and DeKalb County history.

Since 1818 when Illinois was admitted to the Union, this area has had a rich history of innovations, exciting “firsts”, and other happenings that have made our name known worldwide. We can be proud to say we are from DeKalb County, Illinois, and here are just a few reasons why:

1873 – Henry Rose of Waterman has a new idea for improvements in fencing. Joseph Glidden, Isaac Ellwood, and Jacob Haish improve on Henry’s idea and apply for their own patents.

1900 – Henry Gurler of DeKalb is recognized for his milk purification process at the Paris World’s Fair by winning a gold medal.

1949 – Edward Seymour of Sycamore is recognized as the inventor of aerosol spray paint.

1994 – The first yield monitor U.S. Patent No. 5,282,389 is awarded to DAWN Equipment in Sycamore. This monitor uses GPS to identify a combine’s exact location in a field.

2011 – Joe Basset of DeKalb obtains U. S. Patent No. 7,870,827 for his design to deliver ammonia gas into the soil preventing the gas from escaping into the atmosphere. 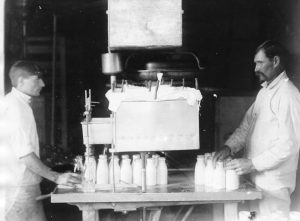 In 1900 Henry Gurler was recognized for milk purification. The Gurler Clover Leaf Dairy was located in DeKalb. 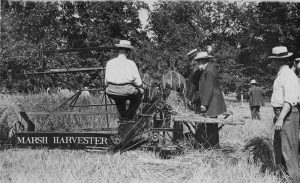 The Marsh Harvester was invented by the Marsh Brothers in 1860. Their manufacturing company was based in Sycamore.