In 1834, DeKalb County was a prairieland. Communities were established beginning in the southern part of the county then slowly moved north.

One such southern community was Franks. The area (roughly 4 miles square) that would come to be known as Franks began in 1834 as a simple trapper’s log cabin on the northeast corner of what is now the intersection of Governor Beveridge and Chicago Roads. This cabin was later occupied by families with surnames Robinson, Root, Easterbrooks, and Beveridge. 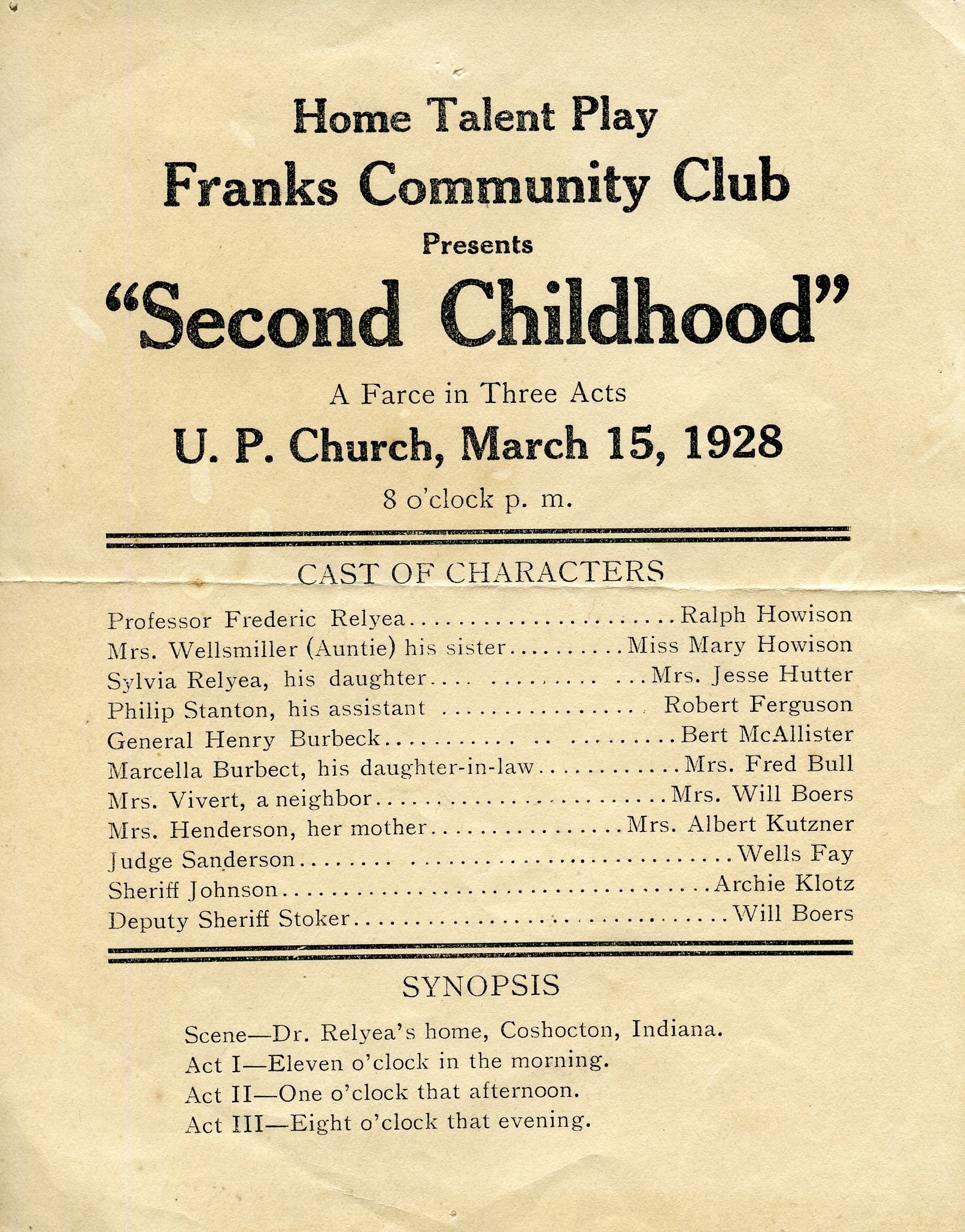 The Franks Community Club was a very active club for many years. This play bill lists the local cast from the 1928 play.

In 1842, the cabin was owned by Mr. George Beveridge and was the location of the first services of the Presbyterian pioneers. Four years later the Somonauk United Presbyterian Church (current name) was officially established and by 1849 a school house was built near the church to serve as a meetinghouse as well as a day school. The congregation grew and prospered and in 1852 the congregation erected the first country church in the county. By 1858, the membership was 96 parishioners. These people became the heart of a community that wouldn’t get a name for 27 years.

In 1858, a regulated system of delivering mail had not yet been established. If you were expecting an important letter, you just didn’t go to the end of your driveway or outside your front door to get your mail. The closest mail station was in Freeland Corners about three miles east of the church. The next closest mail station was the small town of Somonauk, five miles to the south. Postal service was dependent on a local resident or store operator being responsible for the mail. The “post office” moved from a log cabin to Freeland as one store closed and others opened. In 1885, Freeland Corners stopped receiving mail.

Frank Ritchie, who owned a creamery near the Presbyterian Church, wanted to keep mail delivery in the area. He applied in 1891 to the U.S. Postmaster General for a postal office to be opened. The post office was given the name Franks, in appreciation for his work. Thus, the Franks community was “officially” established. The office was discontinued when Rural Free Delivery was established. Using the name Franks to identify the community slowly disappeared as modernization closed the creamery, small stores in the area closed, and towns such as Somonauk grew to be a population center from which the mail was distributed.

The Presbyterian Church remains the only evidence that Franks ever existed. 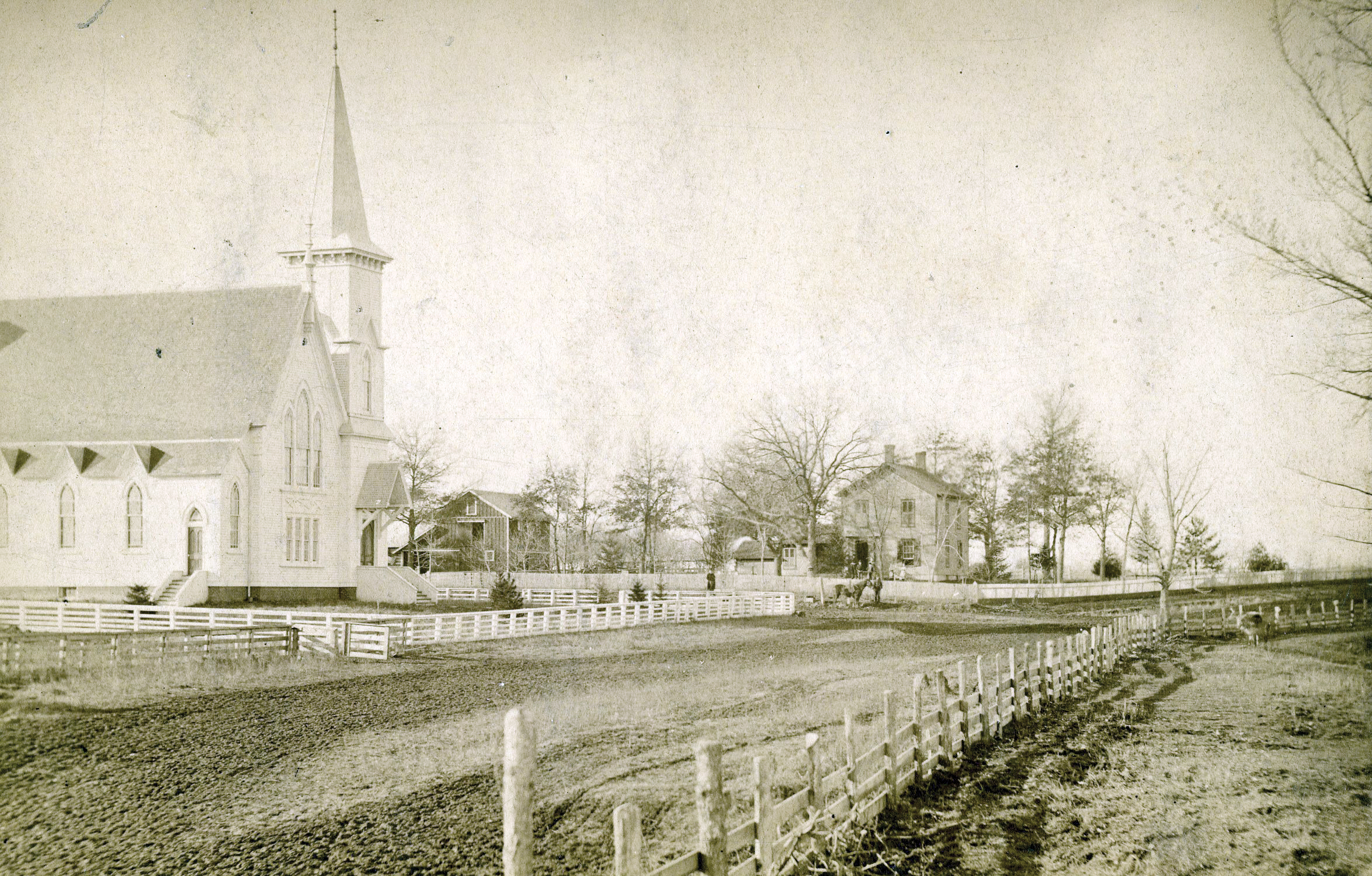 The United Presbyterian Church and parsonage, looking west, was originally part of the Franks community. Franks post office was across the creek which is on the right-hand side of this photo, circa 1890.