Counterfeiters have been operating in DeKalb County since the beginning of the county. The activities started out east and traveled west as the population moved in that direction. 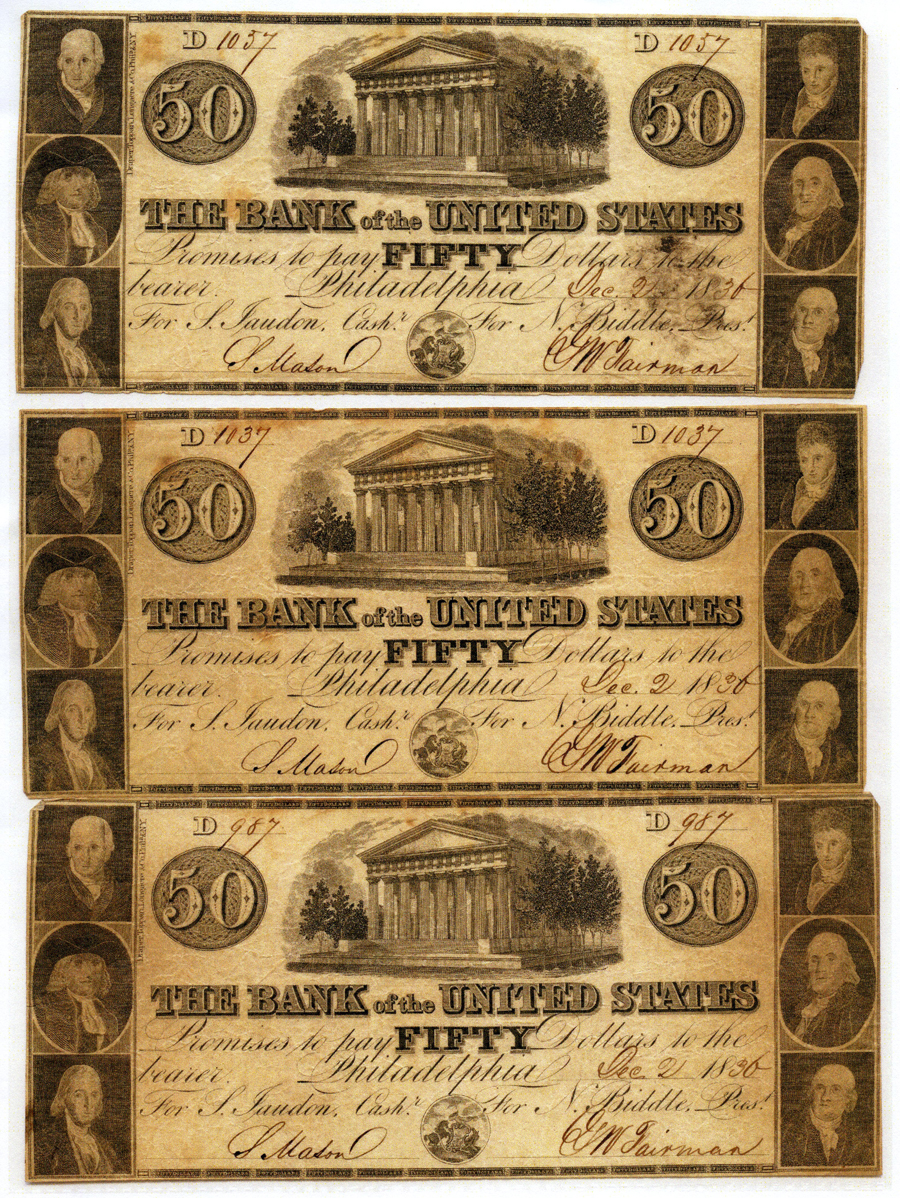 These are the original counterfeit bills used in the William Taylor trial in 1838.

One of these counterfeiters, William G. Taylor, a Cleveland merchant, was one of the first court cases in DeKalb County.

DeKalb County’s first term of court, in 1838, included the criminal case against Taylor for passing counterfeit money and forged bank bills. The best account of the trial is in Gross’ book Past and Present of DeKalb County Volume One, Professor Lewis M. Gross, 1907, and follows:

“Taylor was supposed to be one of an organized gang that even at this early day was infesting the country, and swindling the honest citizens. Not being ready for trial, he was retained in charge of the county until the next term. After being comfortably boarded for several weeks by the Barber family in DeKalb County, the county commissioners ordered him to the Will County jail, at Joliet, which was then the nearest available place of confinement.”

This is the bill from Will County charging DeKalb County for the expense of keeping William Taylor in their jail.

When he was brought back to DeKalb County for trial he escaped from the guards and was not seen again in this section of the country. After this enlightening experience, it was hinted by law enforcement to the criminal that they should leave the county before an arrest could be made, thus sparing the expense of keeping them.

The Joiner History Room holds the original counterfeit bills in its collection.