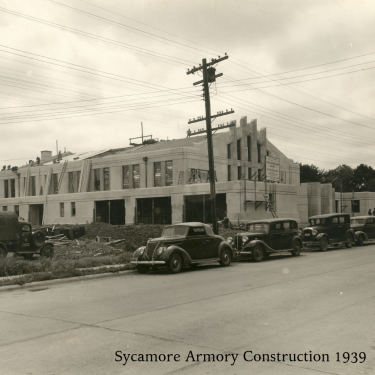 The Works Progress Administration (WPA) or Work Projects Administration as it was later called, provided jobs and income for the unemployed during the Great Depression from 1935 to 1943.

The 1929 market crash marked the beginning of a decade of high unemployment and poverty, resulting in an economic depression like no other generation had experienced. In those days, work relief was preferred over public assistance, because it maintained self-respect and kept skills sharp.

DeKalb County participated in and benefited by these projects in many ways. Two of the most widely known projects were the main pool and bathhouse at Hopkins Park in DeKalb and the Sycamore Armory building. Other towns in the county were also approved for WPA projects and put people to work who would otherwise be unemployed. 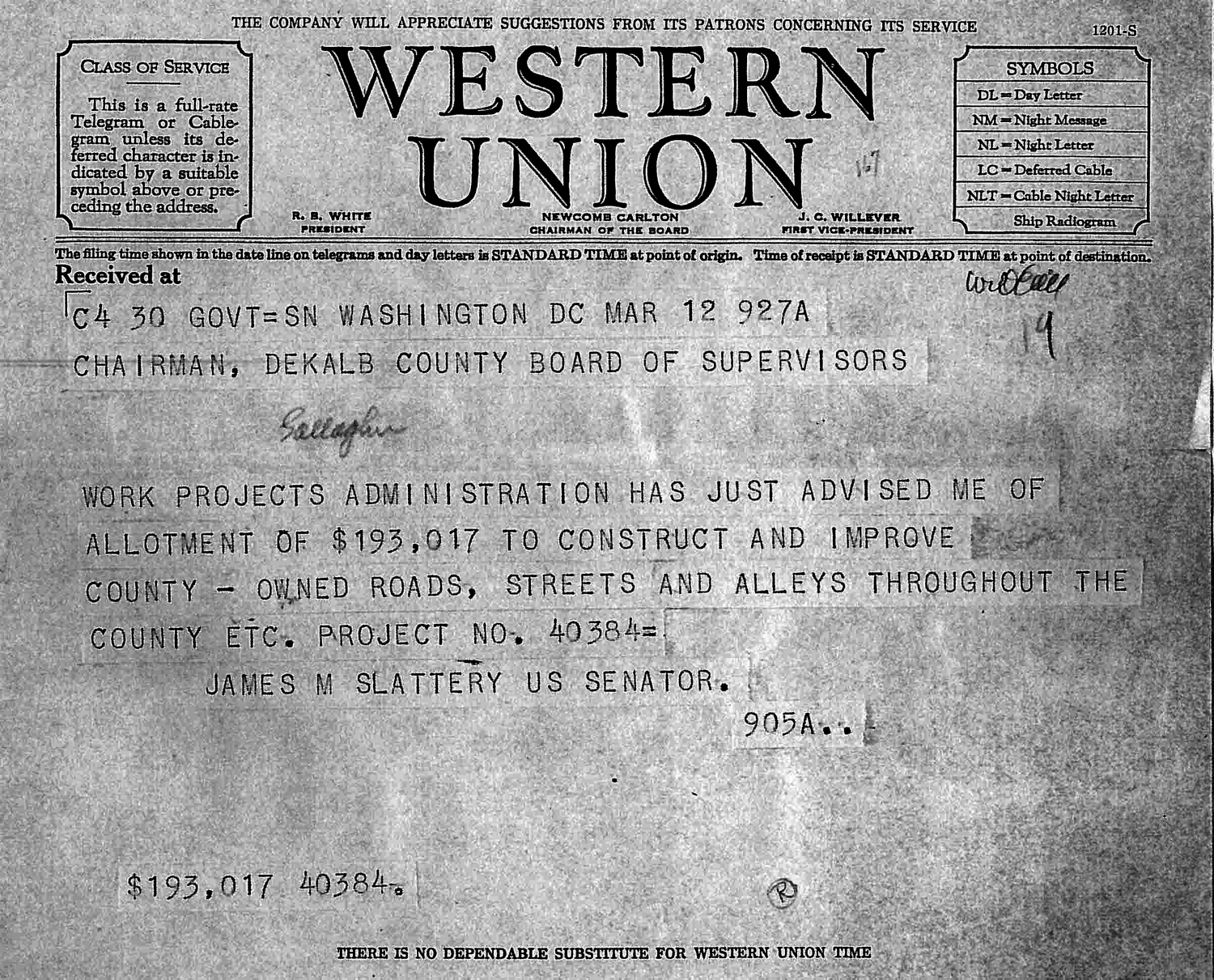 This Western Union telegram advised the DeKalb County Board of Supervisors of an allotment of $193,017 from the Work Projects Administration.

One of the more interesting WPA projects was called Trail Markers. An earlier program had constructed “sky-hiway” trail markers for airplanes throughout 21 northern Illinois counties, where the name of the town was painted on the roofs of buildings. The WPA program called for markers to be placed in open spaces on the ground where they could be seen from a distance without sacrificing altitude. The markers were made from waste materials, such as broken bricks or concrete, where the cost of the materials was practically nothing. The standard size of letters used was 20 feet by 26 feet.

Many wonderful projects were completed by the WPA, but none as prominent as the 1936 construction of a new pool and bathhouse at Hopkins Park in DeKalb and in 1939 the Armory in Sycamore.

The Armory would be the new home for the Regimental Headquarters Company, 129th Infantry. The building would be where weapons and ammunition were kept and also included an auditorium, drill room, offices, and locker rooms. The new building was later used for fairs.