A pest house, pesthouse, or fever shed was a type of building used for persons afflicted with communicable diseases such as tuberculosis, cholera, smallpox, or typhus. Often used for forcible quarantine, many towns had one or more pesthouses accompanied by a cemetery nearby. 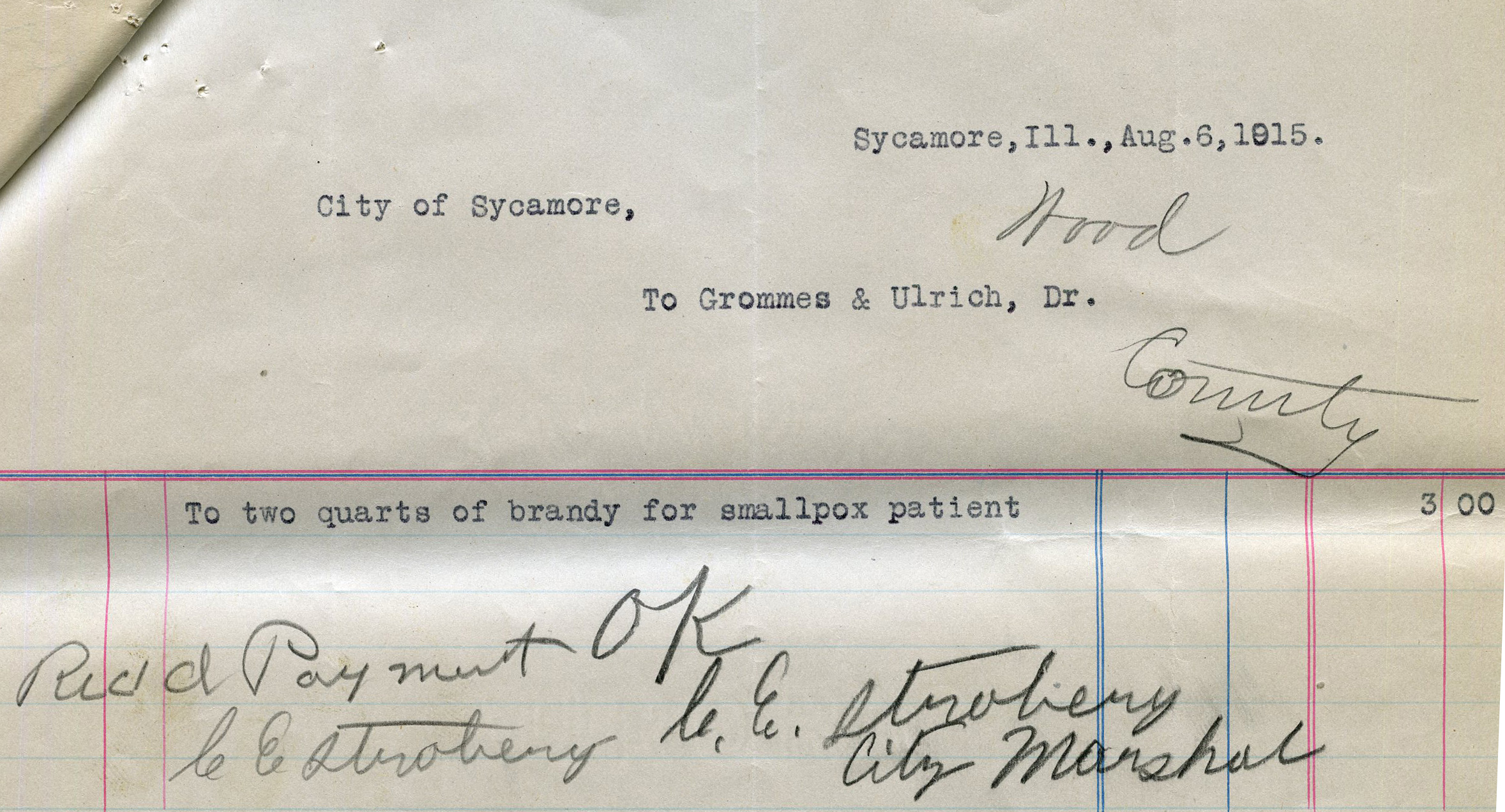 On August 6, 1915 the City of Sycamore paid Doctors Grommes & Ulrich $3 for brandy for a small pox patient.

In DeKalb County, the Joiner History Room has records of five pesthouses. DeKalb, Sycamore, Fielding (Fairdale), Sandwich, and the County Farm (DeKalb) all erected confinement dwellings. Some of these were built for use only during the epidemic; but others were more substantial and later used as family homes.

Those who agreed to be confined at home, often displayed a sign or signal (such as a red flag) so others knew to stay away.

On June 5, 1869, the Sycamore City Council held a special meeting to vote on the building of a 16’x24’ dwelling to be used as a pesthouse. Construction began immediately on the William Foster land in Section 33, just north of the city. This structure burned down the next day. One must wonder if there was some opposition to the pesthouse being built on the Foster land. 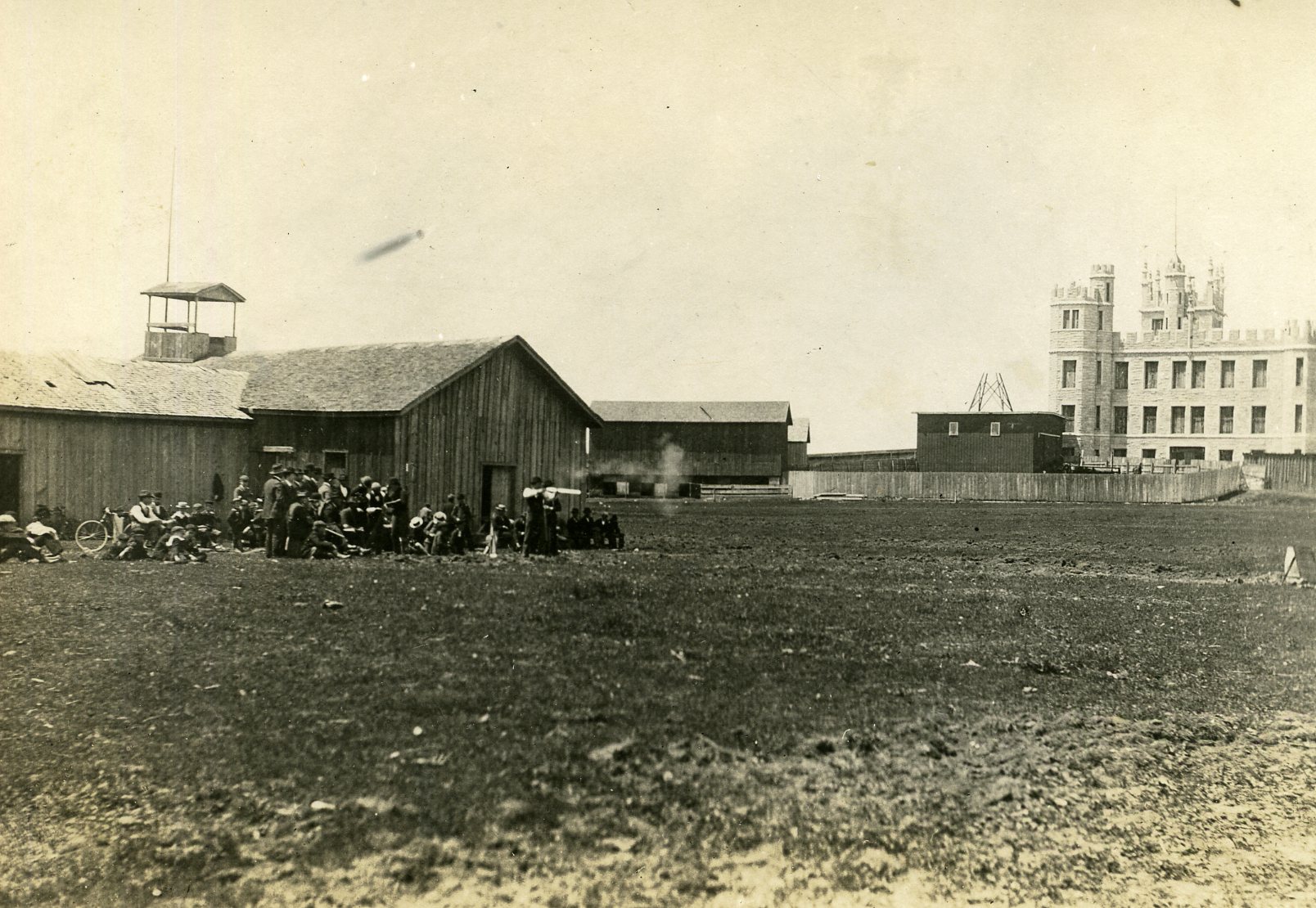 The pesthouse in DeKalb near Altgeld Hall, in the center of the fairgrounds, looked to be a substantial building. It was built in 1881 to quarantine people with communicable diseases.

The Council met a second time two days later and authorized construction on the land of C. O. Boynton in Norwegian Grove, northeast of the city.

In 1881, the City of DeKalb erected a pest house in the fairground area located near Altgeld Hall. By 1885, DeKalb had established a Board of Health to deal with the issues. Confinements were under the jurisdiction of the medical health officer and failure to cooperate resulted in a $200 fine.

The Fielding (Fairdale) Pesthouse was never used and was sold in 1882.

It was reported in the June 27, 1914 Sycamore True Republican newspaper that the Sandwich Pesthouse burned a few days after the last confined person was released. The State Fire Marshall determined this was a case of arson and an investigation was started. There is no record of the outcome.