“DeKalb Ag” is probably one of the most well-known companies in the history of DeKalb County. As the “Winged Ear” brand completes the transition from Monsanto to Bayer, let’s look back at this popular icon.

The DEKALB Winged Ear logo is one of the most identifiable agriculture symbols anywhere in the world. 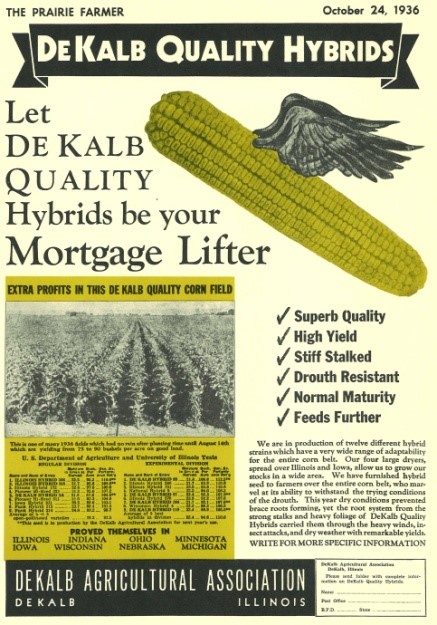 The first advertisement for DEKALB seed corn was in 1936 in the Prairie Farmer magazine.

The idea for the logo is credited to Tom Roberts, Sr.

Tom asked Ken Kramer, an employee in sales, for ideas on a trademark to represent the company. Kramer thought the obvious choice was to use an ear of corn, but Tom wanted something more unique. When Ken Kramer suggested wings on the ear of corn, Tom immediately approved. 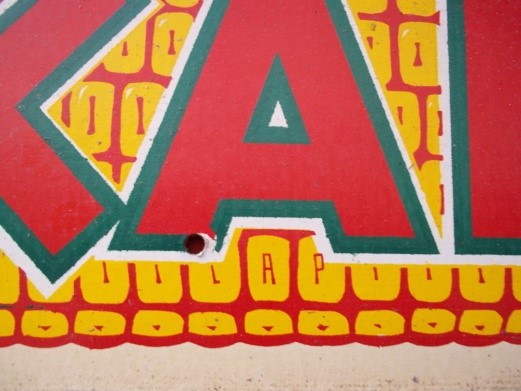 The initials of Arlie Pearce (AP), a local graphic artist, were visible in the early Winged Ear signs.

In 1940 Arlie Pearce, a local graphic artist, started producing the Winged Ear signs for DEKALB. Arlie had become acquainted with Tom Roberts, Sr. through the Sycamore Preserve Works. Tom was manager of the Preserve Works, which was across the street from the J. V. Patten Company, where Arlie worked.

The early 30-inch Masonite signs used a silk-screening process that was done by hand. Each Winged Ear sign produced under the direction of Arlie contained his initials in the kernels of the corn, as artists of the day were trained to identify their work. The J. V. Patten Company, where the signs were made, wasn’t aware Arlie’s initials were on the signs before hundreds of signs were made. 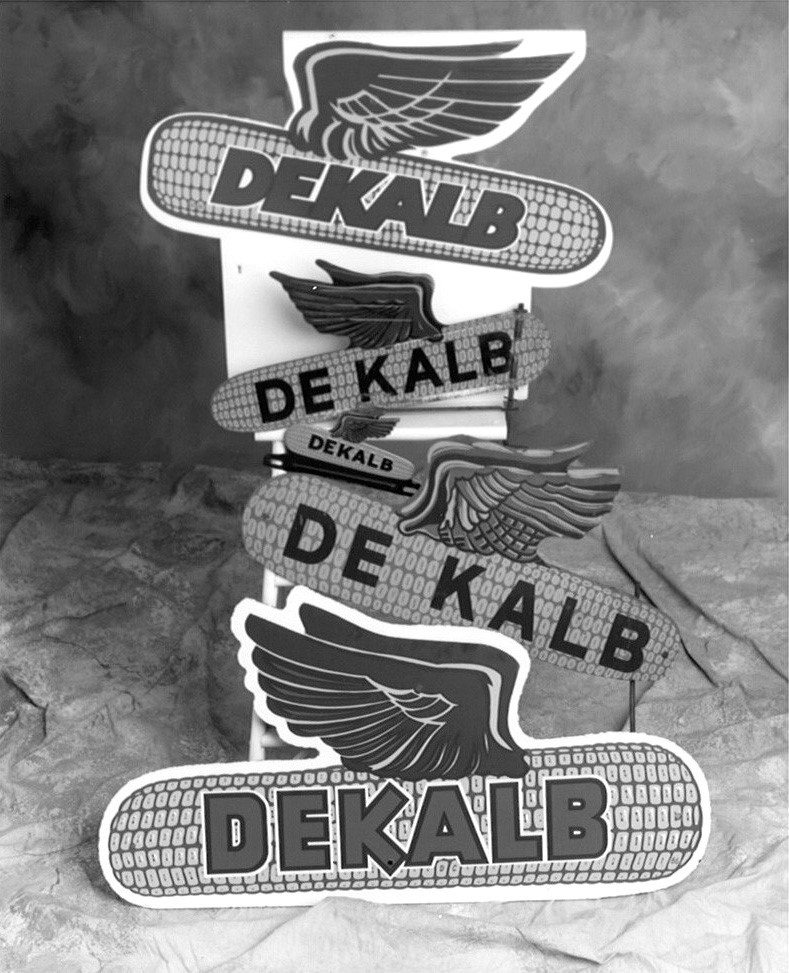 From the early metal Winged Ear field sign found on the fence row, the fiberboard sign, the license plate topper, to the latest fiber plastic signs – the Winged Ear is known worldwide.

Later, in 1977, after Arlie retired, the job of producing the signs went to Display Craft in Rockford, a sign fabricator. Display Craft substituted “DC” and the production year for Arlie’s initials. In 1986, the tempered Masonite signs were discontinued with coroplast signs starting in 1987.