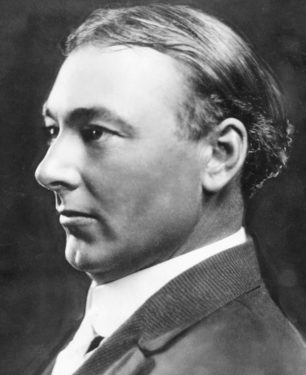 DeKalb County is known for its entrepreneurial and forward thinking people. Many “firsts’” have come from DeKalb County.

William G. Eckhardt, a soil scientist at the University of Illinois and a specialist in the ailments of agriculture, was the chosen one. He was given a three-year contract on June 1, 1912, and the use of an automobile to devote his entire time to the advancement of agriculture in DeKalb County.

To finance Eckhardt’s position, a subscription system was formed to support the position of farm adviser by the DeKalb County Soil Improvement Association. The Association recognized the need for long-term success that was dependent on support from the farmers in the county.

The DeKalb County Board of Supervisors also supported this effort with the opportunity for Eckhardt to manage the county’s “Poor Farm” and use that land as a demonstration plot.

As Eckhardt traveled to farms in DeKalb County, he spoke of the importance of rotating crops in their fields and to consider other crops such as alfalfa, soybeans, and clover to maintain soil fertility. He also encouraged farmers to use limestone to improve the sour soil conditions in DeKalb County.

By the middle of 1916, Eckhardt had become a leading voice among the nation-wide farm advisers and a greatly sought-after expert.

After suffering an injury in April of 1920, which he never fully recovered from, Eckhardt resigned his position as farm adviser. Shortly after that he became director of grain marketing for the newly formed Illinois Agricultural Association, the state organization of Farm Bureaus. At the same time he was granted a patent for a new technique of forced-air drying of seed corn.

Eckhardt founded the Corn Belt Seed Company in 1925 and his business was run out of his home address on West Roosevelt Street in DeKalb. At the back of the property were silos made of four interlocking cement staves, sealed air-tight and waterproof. All processing was done at this location consisting of drying, shelling, grading and sorting.

While the basic principles of his patented dryer are still being used today, Eckhardt’s seed company didn’t survive competing with other seed companies of the day. The Corn Belt Seed Company dissolved in 1952.