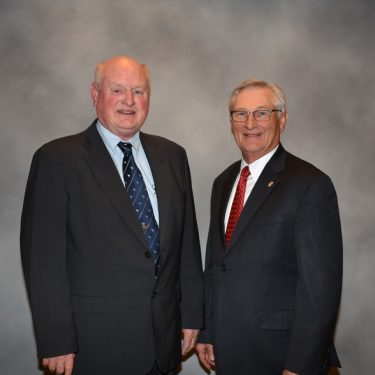 District 1 includes the counties of DeKalb, Kane, Lake and McHenry. Tuttle replaces previous director Michelle Aavang from McHenry County who served for four years on the IAA Board.

“I am honored to be elected to the Illinois Farm Bureau Board of Directors and will do my best to represent Farm Bureau members in District 1,” said Tuttle. The Somonauk farmer also pledges to “have a voice for area farmers and agriculture at the state level.”

He has held leadership positions with the state Farm Bureau having served as Resolutions Committee Chairman and as a member of the SWAT, GRIP, Health Care, and Policy Review committees. Also, he was a Leaders to Washington participant, an AFBF delegate, and ALOT  program graduate.

Tuttle farms with his two sons growing corn, soybeans, wheat, sweet corn and peas in southern DeKalb County and has a trucking business. He has five adult children and one grandson.

Tuttle joins the IFB Board comprised of 20 farmer directors from throughout the state. Rich Guebert of Ellis Grove serves as president and Brian Duncan of Polo is vice president. Monthly Farm Bureau meetings are held at the state office in Bloomington.