Ag Scholarship established as a tribute to lifelong farmer.

Orville Olson spent his entire life doing what he knew best, farming. He lived and loved the farm life for a century.

Orville was born on the family farm, which dates back to 1889, located on the north edge of Cortland. His grandparents and parents moved here from Blekinge, Sweden. When they immigrated here, the Olson’s helped establish the Swedish community in Sycamore. 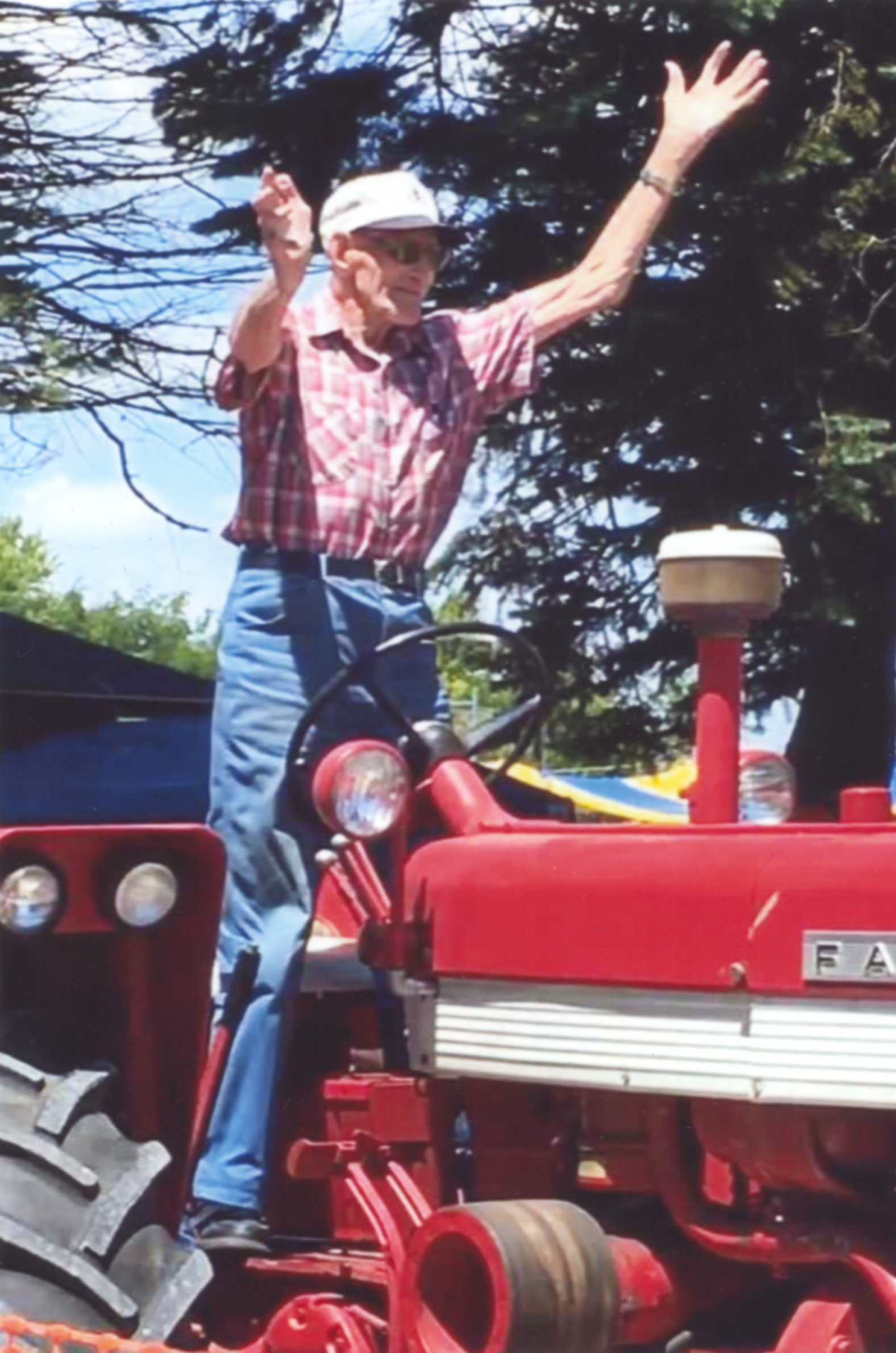 At 100 years, Orville Olson drove his IH Farmall 560 tractor in the Waterman Summerfest Tractor Parade in July of 2016. He stands up as he’s introduced in the parade. Orville also was known to drive his tractor into Cortland to fill it up with gas.

In his younger years, Orville developed a special bond with his American Cream draft horses that he guided to work the farm ground. Then, when tractors became the workhorses on farms, he developed a fondness for his tractors which tilled the soils. The Graham Bradley tractor and his IH Farmall 560 tractor were his favorites.

The third generation farmer milked Holstein cows by hand and later with automated milking units for many years. Before school, he would deliver milk to Borden’s creamery in Sycamore, by horse and wagon. Besides dairy, the family raised hogs and chickens, too.

“Dad was a hard worker,” said Andra Olson, his daughter. “And he was particular in the way he farmed.” She recalls walking beans with her two brothers, Owen and Gail, and specific instructions on “how to hoe and pull weeds” under advisement of her father. As track athletes, the Olson children would race to the end of the bean field to see who would finish first. Only to be lectured by their father about missed weeds and then begrudgingly having to double back and get the missed weeds.

“We were expected to pull our own weight on the farm and then help Mom (Elaine) with cooking and household chores,” explained Andra. She and her brothers helped with most farm chores and were rewarded with trips to Wrigley Field to watch the Cubs. Orville was a die-hard Cubs fan.

Looking back on their farm years, the siblings admired their father. “All of us feel the same way. He was an awesome father and role model,” said Gail. 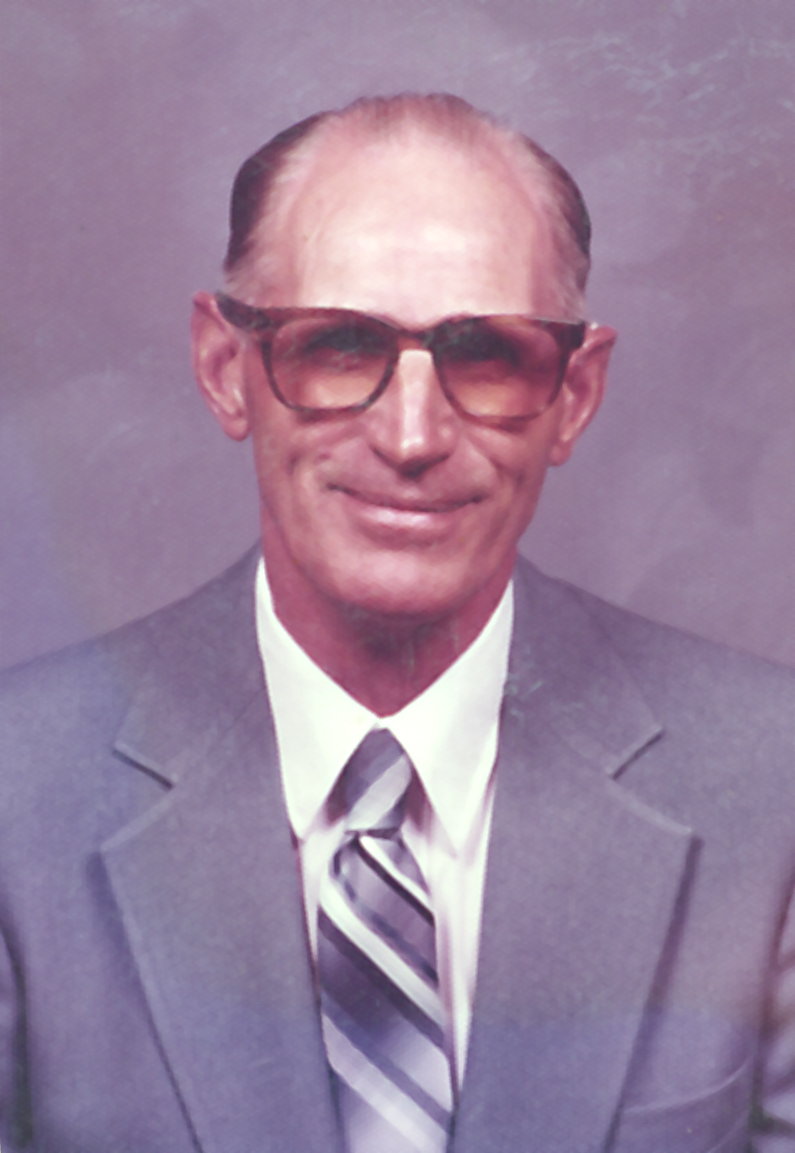 Orville Olson was passionate about farming, church, family and his community. Many remember him for his gentle spirit and sense of humor.

When Orville wasn’t farming he was passionate about church and family activities. He was a long-time member at Salem Lutheran Church, Sycamore. He supported his children when they were involved in 4-H and Boy Scouts. He was a former athlete, himself, so he was on the sidelines watching his children do quite well in high school track and field events (state winners), basketball (Sycamore MVP) and baseball.

Owen remembers his father for “his sense of humor.” Orville liked to pull a few pranks now and then, at the expense of his family and friends. Later in life he enjoyed some laughs with his coffee shop friends and started OE (Orville and Elaine) International, an imaginary marketing club for betting on the stock market.

When Orville turned 100 the family celebrated with him. Then a few months short of his 101st birthday he passed away. “He lived a good life and we loved having him here that long. We learned so much from him,” said Andra.

To pay tribute to their father, the Olsons had a farm-themed funeral. Friends drove tractors from Salem Lutheran Church to Ellwood Cemetery to honor Orville’s love of farming. A year earlier Orville had driven his IH Farmall 560 in the Waterman Summerfest Tractor Parade. That same tractor led his funeral procession. 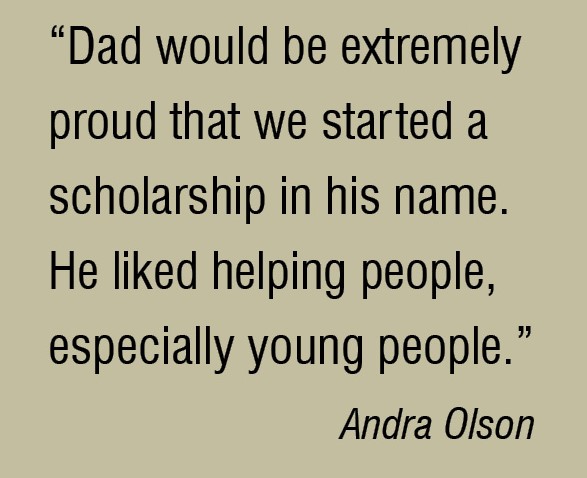 Upon his death, Andra, Owen and Gail established the Orville A. Olson Agriculture Scholarship with the DeKalb County Farm Bureau Foundation to benefit college students pursuing agricultural careers. The first scholarship will be awarded this fall.

“Dad would be extremely proud that we started a scholarship in his name,” said Andra. “He liked helping people, especially young people.”

Orville was a DeKalb County Farm Bureau member for 71 years. 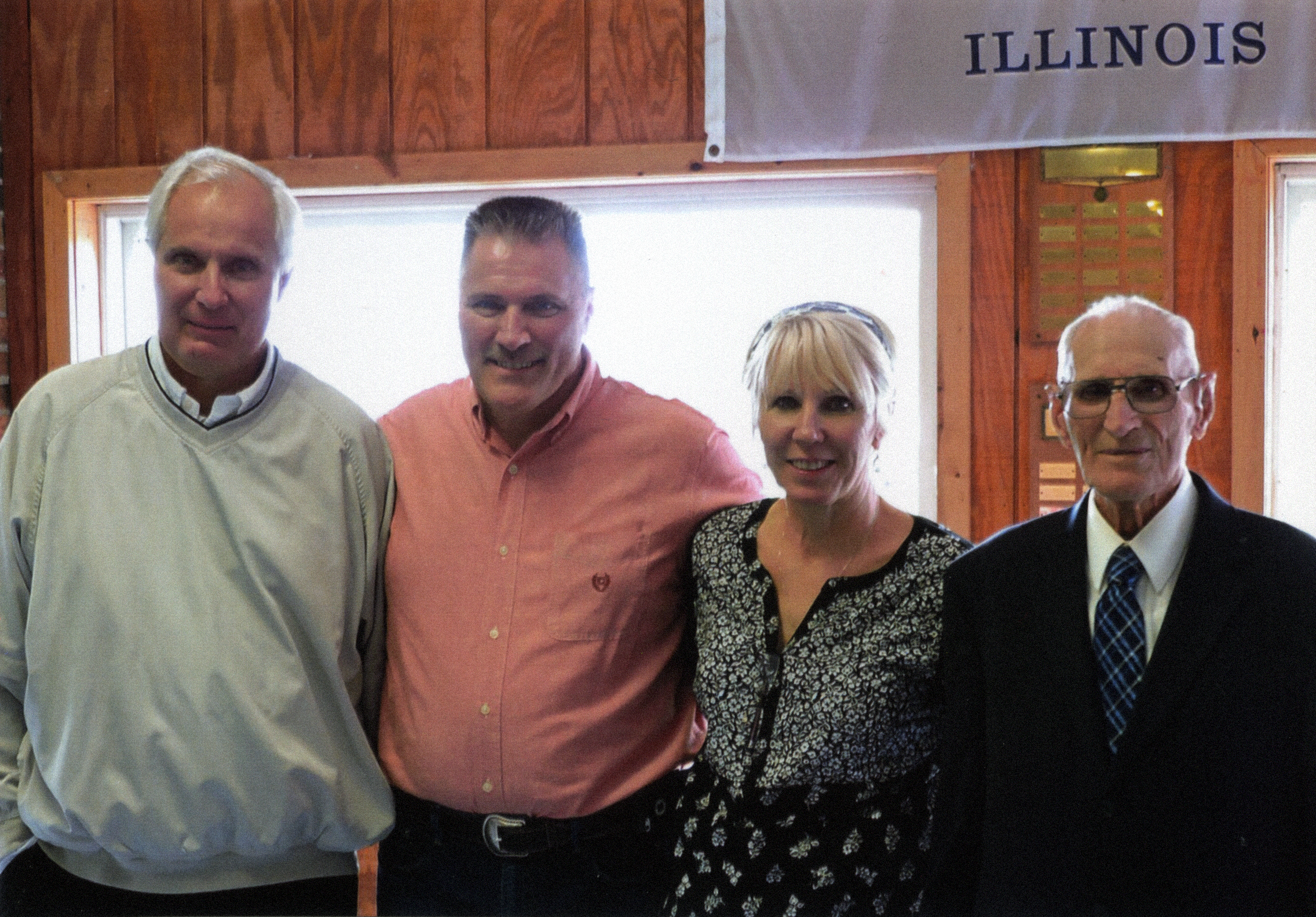 (From left) Gail, Owen, and Andra Olson started a new scholarship with the Farm Bureau Foundation to pay tribute to their father, Orville Olson. The college scholarship will benefit students majoring in agriculture starting this fall.