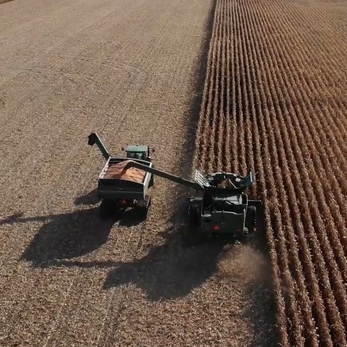 A couple months ago economists were predicting near-zero profits for Illinois farmers. Now the grain farm outlook appears to be much better while livestock farms continue to be financially stressed.

• Farm income this year will be the highest since 2013.
• There has been a very strong turnaround for farm income projections in the Corn Belt.
• Even returns on cash-rented acres in Illinois are now predicted to be positive and in the $40 to $75 per acre range, up from forecasts of near-zero profits just a couple of months ago.
• Farmer sentiment has sharply rebounded along with higher soybean prices and CFAP2 round of ad hoc payments.
• Farm credit conditions will remain a concern in 2020. Despite the effect of higher than expected crop prices and ad hoc payments, the percentage of farmers experiencing farm loan repayment stress earlier this year may remain about the same for the rest of the year.
• Illinois livestock farms, particularly hog farms, will likely remain financially stressed headed into the winter of 2020-2021.

According to the U of I farmdoc team, recent increases in grain prices have considerably increased the outlook for farm returns in Illinois, particularly when combined with above-trend yields. Still, federal aid in the form of CFAP payments are important.

In the last three years, ad hoc federal aid in the form of Market Facilitation (MFP) or CFAP programs have been critical in maintaining income levels.

Note that 2020 projected prices are $3.55 per bushel for corn and $9.30 for soybeans. While higher than prices used in July budgets, these prices are not high by historical standards.

These higher 2020 projected prices resulted in part because of lower than anticipated yields in the U.S., particularly in Iowa. Yield issues now are required to reach price levels that would have been closer to “normal” in years before 2018.

Above-trend yields in central Illinois contribute to higher incomes. Areas where yields are lower, such as Iowa, will have lower incomes than Illinois without additional disaster aid programs.

The recent changes in outlook illustrate the uncertainties that exist in agriculture. As long as these uncertainties exist, expectations of returns will change through time.

No Harvest Pressure This Year

It doesn’t happen every year, but it’s pretty close to an annual certainty: As harvest progress picks up the pace in the Midwest, the markets fall at least a little bit.

The supply surge of commodities satisfies the demand, and prices drop accordingly. The corn market in particular builds a carry, which encourages many farmers to hold their crops until the next spring or summer in hopes of higher demand and better prices.

“Even though we saw huge (farmer) sales, trade was becoming very aware of the fact that we were going to see a lot of (export) sales take place, and then nothing,” said AgriVisor analyst Karl Setzer. “We had the Chinese demand, that stood in there and gave us some support. We’re now seeing basis levels bounce back and not seeing much hedge pressure. Soybeans are again the leader, showing the most support, and that’s coming from the fact that soybeans are not overbought.”

The price improvements likely won’t come without repercussions. Soybean prices in the $10 range could lead to more acres and more production, not just in the U.S. but also in South America. And corn prices have been aided by Chinese buying, which certainly isn’t a guarantee next year.

Setzer warns that a market driven higher by speculators can also be quickly dropped by speculators, especially if demand outlooks begin to shift.