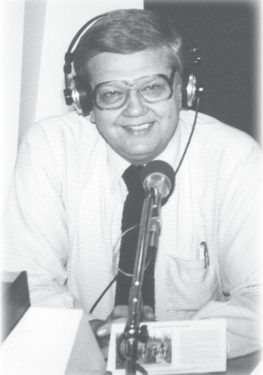 The legendary Orion Samuelson, known across the country as the voice of agriculture, is retiring by year’s end.

Orion started as WGN’s farm director in September 1960, after working for radio stations in Wisconsin, his home state. He was raised on a dairy farm in the western part of the state and traded his milking stool for a microphone.

The “Big O” was known for his farm reports on WGN radio and TV, particularly “The Noon Show” from 1960 to 2003. He currently hosts “This Week in Agribusiness” with longtime partner Max Armstrong and gives business reports for the Chicago station.

Orion, 86, has been a friend to agriculture and many farmers – from top leaders to everyday farmers. He has also been a longtime friend to the Farm Bureau organization, reporting on county, state and national issues.

During his career, he has been a welcome visitor locally – at the Sandwich Fair, Dairy Breakfasts, Sycamore Pumpkin Parade, Field Days, and several agricultural meetings – as a participant, speaker and broadcaster.

We take this opportunity to acknowledge Orion for six decades of greatness and thank him for being our DeKalb County Farm Bureau friend.