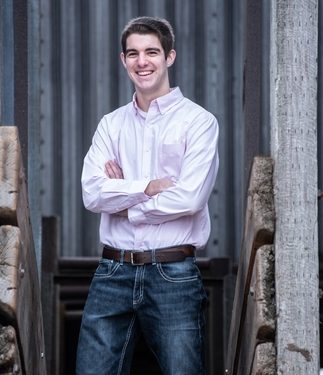 Raising beef has always been a passion of Sawyer Willrett.

“I’m able to take so much knowledge and skills away from it and I’m extremely grateful to be involved in an operation that in turn feeds the world,” said Sawyer.

The young Malta beef producer won the State FFA Beef Production Entrepreneur Proficiency Award. The award is based on four years of record books and his project of raising beef cattle and running a self-owned business.

From his freshman through his senior years at DeKalb High School, Sawyer has kept FFA records on raising 250 head of cattle. He has competed at section and district levels the past two years, having won Section 6 both years. This year he also won District 2 and advanced to state resulting in a state win his senior year.

Sawyer buys and raises feedlot cattle. He manages cattle on a daily basis, follows markets, and then sells his beef to a local meat packing plant. With the profit he makes, he invests in more feedlot steers.

Someday Sawyer hopes to run his own cattle farm. But in the meantime he plans to attend the University of Nebraska this fall and major in agribusiness. Sawyer’s FFA Adviser is Sarah Peterson and his parents are Jamie and Larisa Willrett, all supporters of his beef experience.