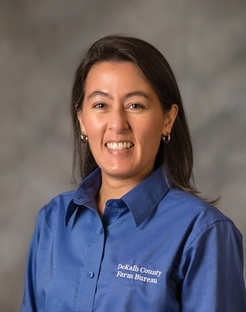 When I was a teenager, my grandmother told me the story of how her brother got hurt on the farm as a boy.

I don’t remember the details, but I know it wasn’t an injury that should have been life-threatening. I remember hearing the words “lockjaw” and “tetanus” and that he died, painfully. I remember sensing the pain of his loss, even all those decades later.

It is the feelings, not the facts of Grandma’s story that have stuck with me all my life. The fact is that Grandma’s brother died of a tetanus infection before a vaccine was widely available. The feelings or emotions the story evoked are what drive me to check the status of my tetanus booster every so often. Those feelings include sorrow for my grandmother’s loss and horror for the pain her brother must have experienced in his final days.

I thought of this story again recently when I heard about an Oregon boy who contracted a tetanus infection after falling and cutting his forehead. Within a week of his injury, he was unable to eat or drink due to his involuntarily clenched jaw. He was having muscle spasms and difficulty breathing. He was airlifted to a hospital.

Thankfully, this boy lived. However, he spent 47 days in an intensive care unit, with the bills for his care totaling over $800,000. Worse yet, this extraordinary suffering and expense could have been easily prevented.

Reportedly, the boy hadn’t received any of the recommended vaccines for a child his age. I don’t know the boy’s parents’ motivation for not vaccinating their son. I would speculate that it is similar to the motivation of many others who reject scientifically-proven advances in the medical and agricultural industries.

Other stories come to mind. The baby in Australia who died of a brain hemorrhage after her mother refused to let her child receive the recommended Vitamin K injection at birth. The New York resident diagnosed with brucellosis after drinking unpasteurized milk (and uncounted others in 19 states who were exposed to milk from the same source). Measles outbreaks in communities with high percentages of unvaccinated children and adults. Filipino children dying from Vitamin A deficiency while activists destroy test plots of Golden Rice.

There’s a common thread through these stories. It is of illness and suffering which could have been easily prevented by available technology. Yet feelings of fear, distrust, and anger drive many to resist and oppose the very advances that would prevent such misery. We fear things that aren’t “natural.” We distrust “big pharma” and “big ag.” We are angered by overpricing and questionable business practices.

Driven by these emotions, and lacking any first-hand experience with the illnesses that vaccinations, pasteurization, and some forms of biotechnology were developed to prevent, we resist. We don’t fear tetanus; it has been so many decades since anyone died of it, most of us have never seen it. The Vitamin K injection at birth may seem needlessly invasive because it’s been so effective we’ve never seen a baby die from a VKD (Vitamin K deficiency) brain bleed. We’ve never even heard of brucellosis, a.k.a. “undulant fever” because of pasteurization of milk. We’ve never seen Vitamin A deficiency blindness or death.

Facts aren’t enough to guide human behavior. We behave based on our emotions, especially our feelings of fear.

Here’s my question: Is it possible we’ve got it so good that we’ve come to fear the wrong things?