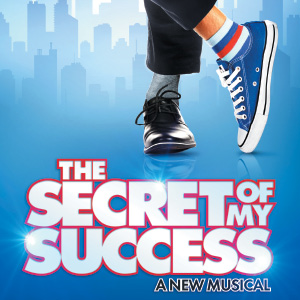 It’s a new musical adapted from the smash hit movie!

Farm Bureau has tickets to see “The Secret of My Success” at the Paramount Theater on Wednesday, March 18, 2020.

Is success money? A powerful job? A happy marriage? “The Secret of My Success” is a hilarious, heartfelt new musical based on the Universal Pictures film starring Michael J. Fox.  A young, ambitious Midwesterner named Brantley Foster moves to New York City to start his dream job at a major corporation, only to be laid off on the very first day.

In his relentless enthusiasm to succeed, Brantley finds himself tangled up in a sidesplitting scheme in which he assumes the identity of a rising executive. As he climbs the corporate ladder he soon falls in love with a beautiful colleague and discovers that his definition of success might be all wrong.

A group of tickets has been reserved for main floor seating and the matinee performance on March 18 at the Paramount in Aurora.

Before the show, Farm Bureau members will enjoy a lunch buffet at the nearby Ballydoyle restaurant featuring a house salad, shepherd’s pie, fish and chips, pasta, homemade donuts and beverages.

Cost of this day trip is $93 for members, $103 for guests. Price includes the show, lunch and motorcoach transportation. The motorcoach will depart from Farm Bureau at 10:30 a.m. and return by
5 p.m.