Handheld meal ideas are for those who are of the “keep on moving” mindset during planting. Farmers need something that isn’t fork friendly. They want a meal they can pick up with one hand, preferably without making a mess. Sloppy Joes have no place here — these farmers need a tractor meal! 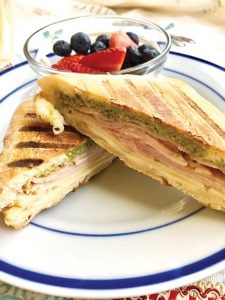 Preheat grill pan or skillet over medium-high heat. Spread about a tablespoon  of pesto on one-half of your roll. Add deli turkey, then a slice of cheese. Top with the other roll half and cook in grill pan, using a weight or another pan to make into a panini. Cook until cheese begins to melt and outside begins to become toasted and crusty. Cut into half and serve. 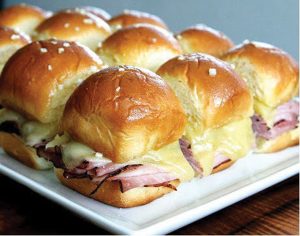 Cut entire package of rolls in half horizontally. Place bottom half in a
9×9 ovenproof glass dish. Layer ham and swiss cheese over bottom
half. Replace the top of the rolls.

In a medium bowl, whisk together dijon mustard, melted butter, onion powder and Worcestershire sauce. Pour sauce over the rolls, just covering the tops. Cover with foil and let sit for 10 minutes.

Bake at 350 degrees for 10 minutes or until cheese is melted. Uncover and cook for additional 2 minutes until tops are slightly browned and crisp. Serve warm or at room temperature. 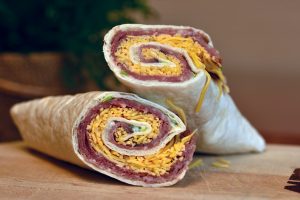 Stir together first 4 ingredients until blended. Spread evenly on one side of each tortilla. Distribute roast beef over four tortillas. Sprinkle evenly with shredded cheese. Roll up tightly, wrap in plastic wrap. Chill several hours before serving. 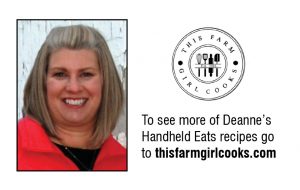